Rasa - Iran’s ambassador and permanent representative to the United Nations said the violence in the Middle East countries emanate from illegal foreign interventions, as well as the international community’s failure to do its part in dealing with their root causes. 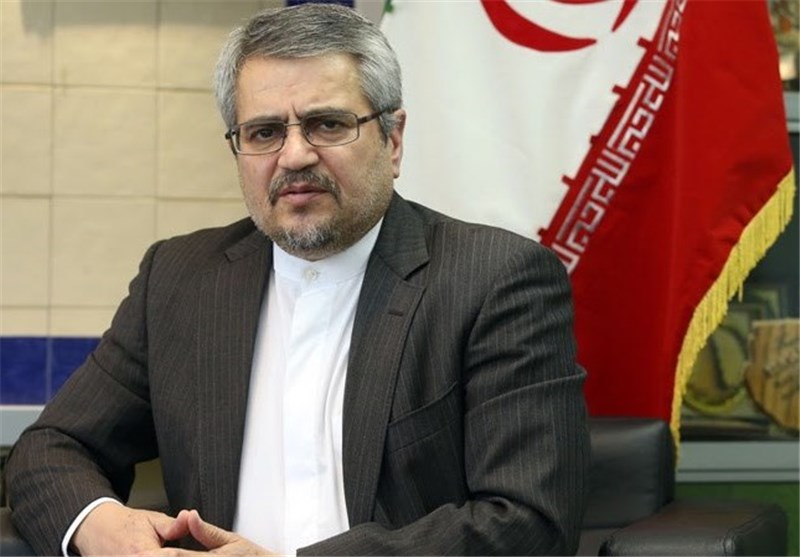 RNA - Gholam-Ali Khoshroo made the remarks in an address to a Security Council meeting held to discuss the situation in the Middle East.

The full text of the statement is as follows:

At the outset, I would like to convey our appreciation to you and Russian Presidency, for convening this open debate on the situation in the Middle East, including the question of Palestine.  I also express thanks to the Secretary-General for his briefing.

I aligned myself by the statement made by the representative of the Bolivarian Republic Venezuela on behalf of the Non-Aligned Movement.

Under current circumstances, as always in the past, the situation in Palestine requires urgent international attention and action. The illegal and brutal Israeli occupation continues and causes so much anguish to the Palestinian people and dangerously inflames tensions in the volatile situation in the region. The Israeli regime continues to breach international law, including humanitarian and human rights law and, by doing so, inflicts widespread human suffering to the civilians and deliberately destabilizes the situation, with far–reaching and serious consequences for peace and security in the Middle East and beyond.

The more and more illegal settlements in the Palestinian Territory, which constitute not only grave breaches of the Fourth Geneva Convention but war crimes as defined by the ICC Rome Statute, have long ago demonstrated that the Israeli regime has never had any interest in peace with the Palestinians, and its participation in the peace process has been just a cover to hide its policy of aggression.

At the same time, the imposing of illegal blockade on the Gaza Strip is causing massive deprivation and hopelessness and a grave humanitarian crisis. The destructive impact of such Israeli violations is immense, as reflected in rising tensions, deteriorating socio-economic conditions, and deepening among the Palestinian civilian population living under this nearly half-century Israeli occupation.

While these crimes and policies are worsening, the extremely-fragile situation on the ground must be addressed seriously to avert further destabilization. It is unfortunate that they are being perpetrated with impunity and the international community is yet to take any measure to address them.

Regrettably, the Security Council continues to be paralyzed, failing to uphold its obligations despite the clear global consensus on both the illegality of Israeli policies and practices on Palestinian Territory. The Security Council should uphold the Charter and international law and its obligations to respect and ensure respect, including through the necessary measures, to compel the Israeli regime to end its war crimes and human rights violations against the Palestinian people and end its illegal foreign occupation of another people's land and the plight of the Palestinian refugees in line with the relevant UN resolutions 194 III.

The other crises in our region, such as the one in Libya, Iraq, Syria and Yemen are all examples of crises being stoked through invasion, illegal foreign intervention, terror, extremism and violence. These problems have persisted and deepened because the international community has failed to do its part in dealing with root causes and because of erroneous actions of the outsiders and naive trans-regional actors.

The unjustified invasion by Saudi-led coalition in Yemen has continued for more than 500 days. According to the latest survey conducted by human rights activists, during this period 3,158 non-military sites have been attacked leading to the death of almost 10.000 people and the injury of more than 17000 civilians, among them 2260 children and 1677 women.

The Saudi led coalition is responsible for 942 air raids on residential areas, 114 on markets, 34 on mosques, 147 on schools, 26 on universities and 378 on transport sites during the same period. The most recent case was the tragic and horrific air strikes by the Saudi jet fighters on a funeral hall packed with thousands of mourners in Sana’a, leading to a death and injury toll of at least 640 people.

It is another single incident out of thousands of similar ones in the past 18 months that have killed or permanently maimed thousands of civilians, including women and children, displaced more than 3 million and turned Yemen from deprivation to devastation. All these horrendous and heinous attacks which display the total disregard for human life, international law and international humanitarian are happening under the watch of Security Council, which fails to take any action to stop them.

Lebanon continues to suffer from consecutive Israeli violation of its borders and incursion against its territory, followed by subsequent years of occupation and aggression. Unfortunately, the Israeli regime still continues to violate Lebanese airspace, intensifying its incursions over Lebanon. Such activities are a blatant violation of Lebanese sovereignty and the relevant international resolutions, in particular resolution 1701 (2006). The provisions of that resolution should be implemented in a manner that guarantees the consolidation of the foundations of stability and security in Lebanon and prevents Israel from undertaking its daily violations of Lebanese sovereignty.

The occupation of Syrian Golan by the Israeli regime continues to demonstrate another aspect of the Israeli aggressiveness. Their attempts to alter the legal, physical and demographic status of the occupied Syrian Golan, which have intensified after the outbreak of Syrian crisis, constitute another grave breach of international law. In this case too, Security Council resolution 497(1981)  and other relevant resolutions is flouted by the Israeli regime and the Security Council fails to take any actions.

Tags: Iran UN Israel Lebanon Al-Aqsa Mosque
Short Link rasanews.ir/201mQO
Share
0
Please type in your comments in English.
The comments that contain insults or libel to individuals, ethnicities, or contradictions with the laws of the country and religious teachings will not be disclosed