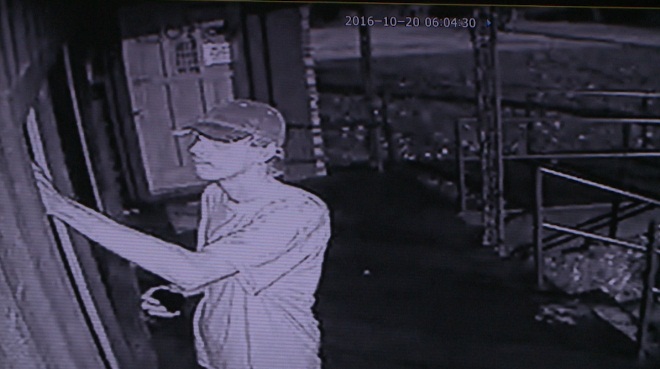 Three men were seen on surveillance video walking up to the Al Salam mosque on S. 28th Street at 5:12 a.m. Thursday. They spraypainted hateful messages and symbols the front signs, front door, windows and garage.

Hisham Yasin, a member of the mosque and the owner of a local car dealership, talked to 40/29 News. He said he moved to the United States from Syria, and has lived here for 20 years.

“We’ve been here 35 years and we’ve never had problems like this," Yasin said. “This time they do like this, writing with pen but next time they attack our mosque?"

Yasin believes the people who wrote the messages took their inspiration from a presidential campaign.

“I think this issue came after Mr. Trump starts talking about Islam, about how he hate Islam and how he’s going to deport Muslims."

Tags: Mosque Islam
Short Link rasanews.ir/201mQN
Share
0
Please type in your comments in English.
The comments that contain insults or libel to individuals, ethnicities, or contradictions with the laws of the country and religious teachings will not be disclosed