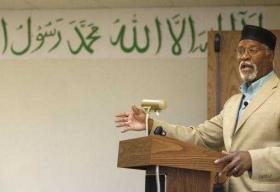 “I’m glad the FBI and local authorities did a good job in preventing it and arresting the people who created the plot,” he said.

Curtis Allen, 49, and Gavin Wright, 49, both of Liberal, and Patrick Eugene Stein, 47, of Wright, were indicted Wednesday with one count of conspiring to use a weapon of mass destruction.

Hazim said the arrests showed it isn’t always Muslims or those with Islamic names who want to kill innocent people — those three in Kansas wanted to destroy people.

He said it was a shame people are so hateful.

Topeka police said they don’t have any plans to change security measures for local Islamic institutions. Topeka police Lt. Colleen Stuart also said the department stays in contact with other local and federal partners in the event that threats emerge and that they can adjust their manpower as needed.

Hazim said the Muslim community in Topeka has always been security-minded, but that the Garden City plot did make them more vigilant and watchful.

He said the local authorities do a good job and they feel pretty safe and comfortable.

Hazim said more tolerance is needed in society. If people learn about one another, there will be more respect, he added.

Topeka police deferred comment on anti-government groups in the area and throughout the state to the FBI.

FBI spokeswoman Bridget Patton said the agency doesn’t look at groups or organizations; however, it does get involved when a criminal act or purported crime is reported.

Tags: Islamic Muslim Bomb
Short Link rasanews.ir/201mQJ
Share
0
Please type in your comments in English.
The comments that contain insults or libel to individuals, ethnicities, or contradictions with the laws of the country and religious teachings will not be disclosed