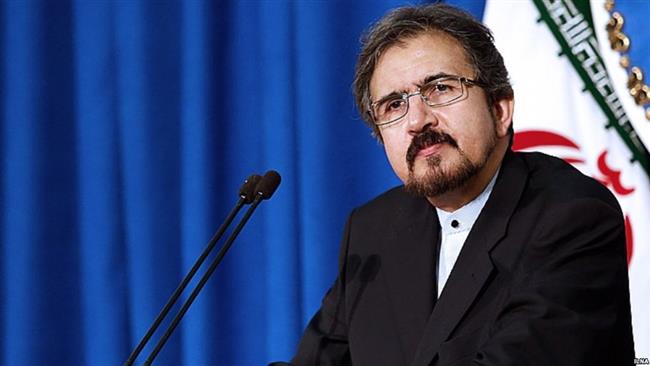 RNA - "The security and violent approaches adopted by the Bahraini government towards religious leaders and legal and moderate political societies that believe in peaceful political ways is a strategic and historic mistake made by the Bahraini regime," Qassemi said.

"We once again advise Bahraini authorities to put aside security approaches and resort to confidence-building measures to pave the way for interaction and consultations and an all-out serious dialogue (with opposition groups)," the Iranian foreign ministry spokesman added.

Activists confirmed that security forces also raided the branch office of al-Wefaq Society in the Western Region, in the town of Malikiya. Photos circulated showed that the forces were confiscating the possessions and properties of the society, Bahrain Mirror reported.

Last September 22, the Bahraini Appeals Court supported a Civil Court ruling to close al-Wefaq's headquarters, and another ruling to dissolve and liquidate it. This came after [the Appeal Court] rejected an appeal filed by the society's lawyers, for not "having the capacity".

The step to close and dissolve al-Wefaq received international criticism by Bahrain's allies, among them Washington and London, in addition to other Western countries. Also, both the UN Secretary General and High Commissioner of Human Rights criticized this step.

The aforementioned step came as part of a package of extreme decisions taken against the opposition and Shiite majority, on top of which was revoking the citizenship of the Bahraini prominent opposition leader, Ayatollah Sheikh Isa Qassim.

Tags: Iran AL-Wefaq bahrain
Short Link rasanews.ir/201mQ8
Share
0
Please type in your comments in English.
The comments that contain insults or libel to individuals, ethnicities, or contradictions with the laws of the country and religious teachings will not be disclosed