Rasa - A further 11 people have been arrested in military clearance operations in Myanmar’s western Rakhine State following raids on police outposts earlier this month in which nine officers died. 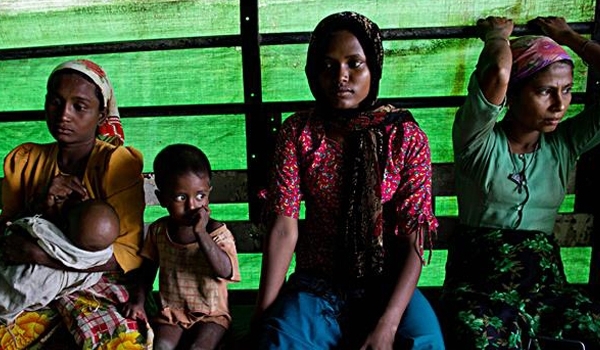 RNA - A further 11 people have been arrested in military clearance operations in Myanmar’s western Rakhine State following raids on police outposts earlier this month in which nine officers died.

Two of those held subsequently died in detention Wednesday, although they are understood to have been in poor health on arrest.

The outposts raided Oct. 9. are located in Maungdaw and Yathay Taung townships, two areas predominantly occupied by the country’s stateless Rohingya Muslim population — described by the United Nations as one of the most persecuted minority groups in the world.

On Wednesday, a statement from the military said troops captured a man involved in the attacks Tuesday and after interrogating him soldiers arrested a further ten men in Nga Ku Ya village in Maungdaw on Wednesday.

A local police officer later told Anadolu Agency that two of those arrested had died during detention.

“The two men were in poor health when troops caught them, so soldiers took them to a hospital while others were detained for interrogation,” said the officer, who spoke on condition of anonymity due to the sensitivity of matter.

“They died on the way to hospital,” he added.

Since the Oct. 9 attacks, at least 43 people — nine police officers, four soldiers and 29 suspected attackers (among them the two women) — have been killed, or have died.

Rohingya advocacy groups have expressed concerns over what they claim is a continued military and police crackdown in the area, as authorities seek those responsible for the initial murder.

Late Sunday, a statement from global groups headlined Save Rohingya from Annihilation claimed that military and police have been indiscriminately killing Rohingya and torching and plundering their homes and villages, under the pretext of looking for the attackers.

On Friday, Myanmar’s government said that the Oct. 9 raids were conducted by the Aqa Mul Mujahidin organization, which it described as being affiliated with the Rohingya Solidarity Organization (RSO), a shadowy extremist group that takes its name from the Rohingya.

Though most experts believe the RSO’s continued existence is a myth, the government has classified it as an extremist group and officials blame it for recent attacks on border areas.

According to the government, Aqa Mul Mujahidin’s leader — identified by as a 45-year-old man named Havistoohar from a small village in the Maungdaw area — had attended a six-month Taliban training course in Pakistan.

It added that the small organization is still attempting to carry out attacks in the Maungdaw area through its almost 400 armed attackers.

In 2012, violence between the local Buddhist and Muslim communities in Rakhine — one of the poorest regions in Myanmar — left around 57 Muslims and 31 Buddhists dead, some 100,000 people displaced in camps and more than 2,500 houses burned — most of which belonged to Rohingya.

The state is home to around 1.2 million Rohingya who were described by United Nations as one of the most persecuted minority groups in the world, but have long been officially labeled as “Bengali” — a term suggesting they are illegal immigrants from neighboring Bangladesh — and denied citizenship.

Tags: Muslim Rohingya Myanmar
Short Link rasanews.ir/201mQ4
Share
0
Please type in your comments in English.
The comments that contain insults or libel to individuals, ethnicities, or contradictions with the laws of the country and religious teachings will not be disclosed