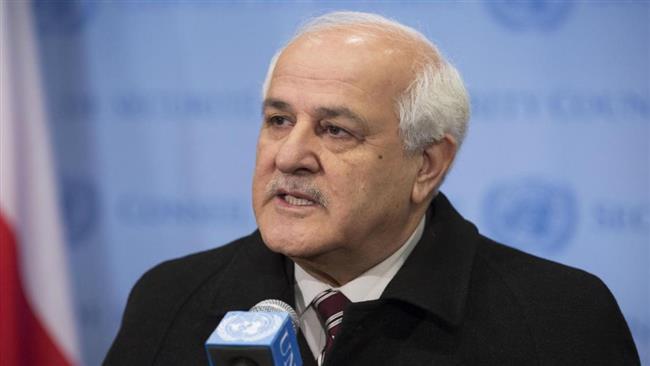 He noted that it is "imperative" for the establishment of peace in the occupied Palestine that the Tel Aviv regime halt all of its illegal activities, including its occupation of Palestinian territories.

Israel’s settlement expansion has been among the main reasons behind the collapse of the last round of Israeli-Palestinian talks in 2014.

According to Americans for Peace Now, the number of Israeli settlements has grown dramatically over the past 20 years, with the construction of 11,000 new settler units authorized under Israeli Prime Minister Benjamin Netanyahu.

The Israeli anti-settlement Peace Now group reported earlier this month that the regime's plans to construct 2,168 new housing units moved forward over the last Jewish year, compared to 553 ones the year before.

Britain, France and Russia have already slammed Israel's settlement construction as an obstacle to peace and the establishment of a sustainable Palestinian state.

Tags: Settlement Israel Palestine
Short Link rasanews.ir/201mPs
Share
0
Please type in your comments in English.
The comments that contain insults or libel to individuals, ethnicities, or contradictions with the laws of the country and religious teachings will not be disclosed