Rasa - Egyptian Foreign Ministry said on Thursday that Cairo has started mediation efforts to ensure coordination between the United Nations and the Syrian authorities to evacuate the wounded, and help deliver humanitarian assistance to the war-torn Aleppo. 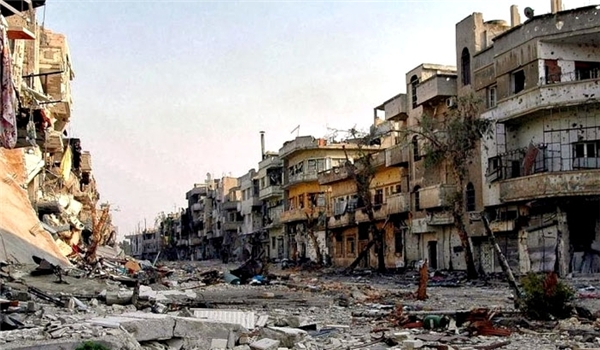 RNA - According to Abu Zeid, these steps are being carried out within the overall Egyptian vision of the settlement of the Syrian crisis, which provides for the emergency assistance to the Syrian population, a comprehensive ceasefire in Syria, as well as resumption of talks to reach a political solution to the ongoing crisis, Rossiya Segodnya reported.

"Embassy of Egypt in Damascus received the consent of the Syrian government to the Egyptian efforts, now it the mission is organizing a visit of Egyptian Charge d'affaires in Damascus, Mohamed Tharwat Selim to Aleppo to monitor the evacuation of the wounded and the elderly.

Egypt is also currently finalizing its efforts to mediate the delivery of the humanitarian assistance to the areas of Aleppo in need," the Foreign Ministry's Spokesman Ahmed Abu Zeid said in a statement.

A planned 11-hour pause in airstrikes on terrorist positions came into effect in Aleppo at 05:00 GMT to let civilians leave the city along six corridors, in addition to two corridors opened for militants.

Tags: Syria Egypt
Short Link rasanews.ir/201mPm
Share
0
Please type in your comments in English.
The comments that contain insults or libel to individuals, ethnicities, or contradictions with the laws of the country and religious teachings will not be disclosed