ISIL Throwing in the Towel on Caliphate? Think Again

Rasa - For the Pentagon officials, a great deal of intelligence can be invested in ignorance when the need for illusion is deep in the ISIL war. 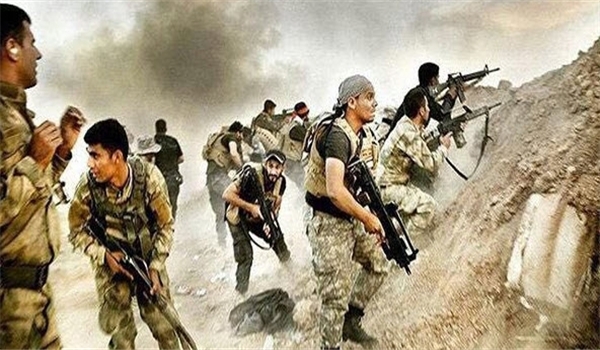 RNA - As is often the case with US wars, the ongoing battle to retake Mosul from ISIL shows that the control the Americans believe they have on the War on Terror is purely illusory, and that every moment they teeter on chaos and oblivion. Here, dream delivers them to dream, and there is no end to illusion.

Brig. Gen. Gary Volesky appears to be the latest taking that position, insisting the conquest of ISIL in Mosul will mean the end of the self-declared caliphate and their head-chopping brutality. On the contrary:

- Mosul is a hugely important city for ISIL, and the loss will be a major blow. But the ongoing battle will determine the fate of Iraq, not the fate of the self-declared caliphate. ISIL retains a significant amount of territory, particularly in Syria, and has broad capabilities to launch attacks worldwide – not to mention its ever-growing presence in Libya and Afghanistan.

- Whatever that means in the post-Mosul period, ISIL will remain a huge and dangerous worldwide problem. Thanks to the destructive policies of the United States, Saudi Arabia, Qatar and Turkey, the terrorist group will never throw in the towel on its long, Medieval efforts to establish a caliphate. After all, the United States and its regional allies still support some terrorist groups in Syria that are in cahoots with ISIL. They call them moderates, even though they fight alongside the Nusra Front, an Al-Qaeda affiliate, and coordinate their military activities with ISIL.

- It will prove useful to abandon the illusions of ISIL’s defeat in the region, at least as envisioned at the Pentagon. In the language of their foreign policy, the words “War on Terror” never appear time-bound. In this game, the Americans have steadily undermined the sovereignty of Muslim nations, aided and abetted by an acquiescence in ISIL’s and Al-Qaeda’s ongoing “terror state building” project. Think of it as double standard and complicity in defiance of international law.

- In September 2013, Israel’s Ambassador to the US Michael Oren said, “The greatest danger to Israel is by the strategic arc that extends from Tehran, to Damascus to Beirut. We always wanted Bashar Assad to go, we always preferred the bad guys who weren’t backed by Iran.”

He said this was the case even if the “bad guys” were affiliated with Al-Qaeda. He also said Israel would prefer a victory by ISIL over continuation of the Iranian-backed government in Syria. The cynical and dangerous realpolitik is clear. ISIL was co-founded by Washington and allies to pit Muslims against each other and to protect Israel.

So, the message is clear: ISIL went to Iraq and Syria as per the “Joe Biden Plan”. Now that the War Party and its regime-change partners have failed to partition Iraq and Syria, they are in retreat; taking their bogus War on Terror – and allied jihadists - somewhere else. The United Nations Security Council says in its latest report that it is Libya, but the most immediate loser in “Mosul sparks an exodus of ISIL fighters”, however, is Syria, in which the terror group still has meaningful territory, and could quickly upset the balance of power. That's why since the very beginning of the Iraq war on ISIL, US President Barack Obama stressed that his policy on ISIL would be different in Iraq and Syria. And that's why the United States has been bombing the army and the civilian population in Syria's Eastern province of Deir Ezzur that borders Iraq instead of targeting the ISIL. This rather notorious line of policy by the White House and the Pentagon has made the Russians to prepare a runway in the Eastern parts of Homs province that neighbors Deir Ezzur to start an increasing number of combat sorties to strike the long columns of ISIL vehicles that are coming from Iraq's Mosul to Deir Ezzur and Raqqa in hundreds.

All things considered, Washington's ultimate goal is to provide a new venue for the American circus – with no timetable. The War Party has an interest in seeing it continue; the false flag terror crime wave that is driving the ill-considered “War on Islam” in order to protect Israel and to preserve the regional status quo.

Tags: ISIL Mosul Iraq
Short Link rasanews.ir/201mPg
Share
0
Please type in your comments in English.
The comments that contain insults or libel to individuals, ethnicities, or contradictions with the laws of the country and religious teachings will not be disclosed