Where US War-on-Terror Pretence Is Harder to Maintain

Rasa - The "no boots on the ground” United States says it has deployed ground troops on the front lines in Iraq’s largest invasion to date - the ongoing battle for the city of Mosul. 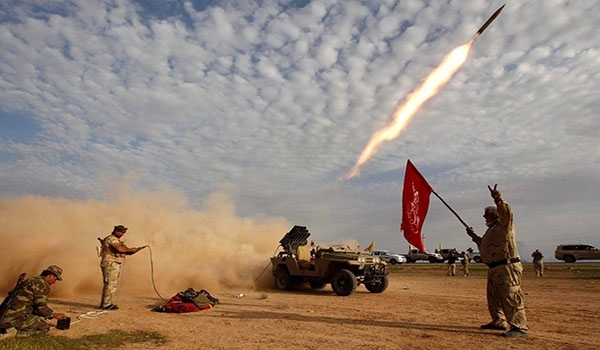 RNA - The troops are special forces who are being used as “forward air controllers,” and are meant primarily to do targeting for US warplanes that are constantly pounding the city from above. The US is still classifying these troops as “non-combat", and that's not the main argument here. The question is how come the United States hasn't also deployed ground troops on the front lines in Syria’s ongoing battle against ISIL, Al-Qaeda and other terror groups?

Here, the US war-on-terror pretense is harder to maintain, specially in Aleppo, which is just over 300 miles from Mosul, and has also been subject to terror and bloodshed on a massive scale. The distance is not that far for the Pentagon to also “save” the city’s  beleaguered civilians and “ease the humanitarian crisis”. The reason, bluntly put, is simple double standard and realpolitik:

The Syrian military, backed by Russian airpower and Iranian military advisors, is trying to retake the eastern parts of Aleppo from various terror groups. For this, they need all the diplomatic help they can get from the international community; but that much-needed help has never come, particularly from the United States and its allies. On the contrary, they have sat on their hands, accusing Russia and Syria of committing war crimes, and routinely protesting against them at the United Nations. It is a bizarre juxtaposition.

By “sitting on their hands” we don't really mean Washington and its allies, notably Saudi Arabia, Qatar and Turkey, are not doing anything at all in Syria. Far from it, they have been aiding and abetting dozens of militant groups that are openly in cahoots with ISIL and Al-Qaeda in order to regime change the Arab country. The regime changers call this Syria’s “civil war” which is silly. They blame the Syrian government for this “civil war” which has killed some 400,000, and driven 8 million from their homes, half of whom have left the country. This accusation is also silly.

Apparently, the Pentagon officials do have some “concerns” about the humanitarian situation, but this will never follow the military operations that are needed to help Syria win the ongoing battle against terrorism – not that Syria needs their help. Unlike in Iraq (and we still have some reservations for their true intentions there), the organised states led by the US never show any “willingness” to take on ISIL in Syria.

Needless to say, Western media also follow Washington’s lead by hiding its role in the Syrian crisis. The fact that the United States and its allies have been funding and arming different terrorist outfits is either being downplayed or ignored. US corporate media are aiding this official spin in their reporting on the US bombing of Yemen as well.

Not only is the US’s backing of Saudi Arabia omitted from all their reports, the word “Saudi” isn’t uttered in any of them. The world is given the impression that the war, aside from “Iranian meddling”, is an entirely internal affair - when it actually involves over 15 different countries, mostly despotic monarchies propping up a deposed puppet president.

As is often the case with US wars, much of the difference between Mosul and Aleppo is due to Washington’s double standards and realpolitik. Leaving parts of Syria in the hands of terror proxies and a self-declared caliphate makes clear to the world that the US government tolerates terrorism and military aggression in countries that are hostile to its foreign policy and regional designs.

Granted, for Washington and its allies, Aleppo is a "Syrian problem” between President Bashar Assad and the dozens of “moderate” terrorist groups seeking to topple him. It is fine for a non-state actor like ISIL and other proxy forces to seize territory and redraw Syrian boundaries by terror and force. Here, the regime changers tend not to be conservative when it comes to upsetting the status quo, let alone International Law. Such facts would also messy up the election-season narrative.

Tags: DAESH Mosul Iraq
Short Link rasanews.ir/201mPI
Share
0
Please type in your comments in English.
The comments that contain insults or libel to individuals, ethnicities, or contradictions with the laws of the country and religious teachings will not be disclosed