Rasa - Commander of the Islamic Revolution Guards Corps (IRGC) Major General Mohammad Ali Jafari said there is detailed evidence that the Al Saud regime is working in cooperation with the Zionist regime of Israel to hatch plots against Iran. 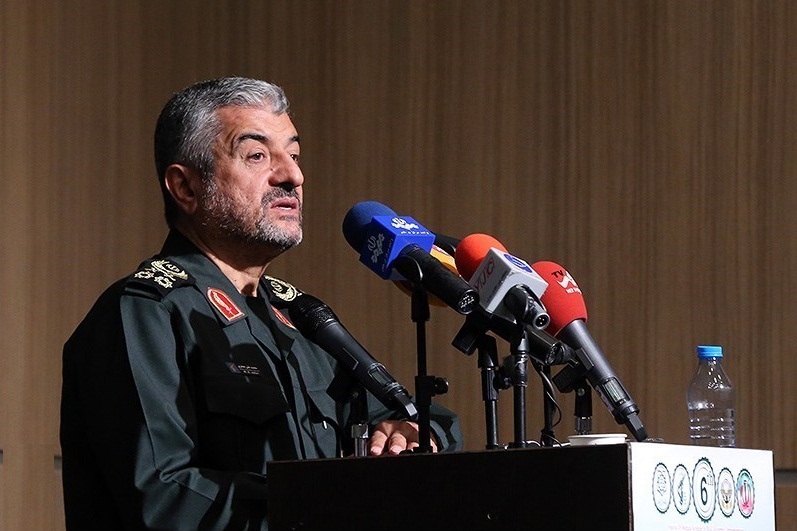 RNA - The Saudi regime is involved in conspiracies against Shiite countries, including Iran, the top commander said at a cultural ceremony in Iran’s northeastern city of Bojnourd on Tuesday.

“Saudi Arabia is trying to create division and insecurity in Shiite countries, but, by God’s grace, has failed to do so thus far,” Major General Jafari added.

Touching on the tense situation in Syria, the commander said the enemies created the Daesh (ISIL) terrorist group and killed a huge number of both Shiite and Sunni Muslims.

Today, however, the adversaries have realized that they “need to rely on Iran to settle Syria’s problems and war”, something acknowledged even by American analysts, he added.

According to Iran’s Intelligence Ministry, members of the Takfiri group who had been at large were arrested on August 18.

The terrorist group was disbanded in west of Iran in an operation on August 15 and 16.

Tags: DAESH Iran Israel ISIL Saudi
Short Link rasanews.ir/201mP4
Share
0
Please type in your comments in English.
The comments that contain insults or libel to individuals, ethnicities, or contradictions with the laws of the country and religious teachings will not be disclosed