Rasa - Local residents in the Syrian city of Qudsaya, located in the western suburbs of the capital, Damascus, poured into the streets to celebrate the expulsion of terrorists from their town. 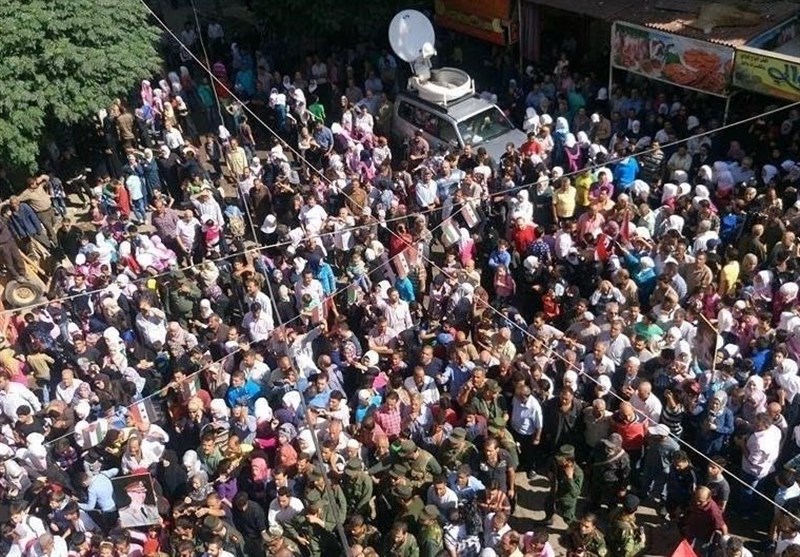 RNA - Citizens of Qudsaya gathered at the town square on Tuesday to voice support for the Syrian Army.

Following the removal of the terrorists from Qudsaya under a plan to ensure the safety of Damascus’ surroundings, the governor of Rif Dimashq issued an order to reopen roads to Qudsaya to facilitate the return of residents who had been displaced after the invasion of terrorists. According to the governor, life has returned to normal in Qudsaya and service centers in the city will reopen soon.

Qudsaya, in the northwest of Rif Dimashq, has seen military escalation since September. The terrorist groups agreed to the Damascus government’s settlement that allowed them to head north with their families to Idlib on October 13.

Qudsaya is located 5 kilometers northwest of Damascus and has a population of around 150,000 people. Tags: Terrorist Syria
Short Link rasanews.ir/201mP1
Share
0
Please type in your comments in English.
The comments that contain insults or libel to individuals, ethnicities, or contradictions with the laws of the country and religious teachings will not be disclosed