Rasa - The Iranian Foreign Ministry spokesman says the Islamic Republic supports the Iraqi government in its fight against terrorism amid an offensive to drive out Daesh terrorists from Iraq’s northern city of Mosul. 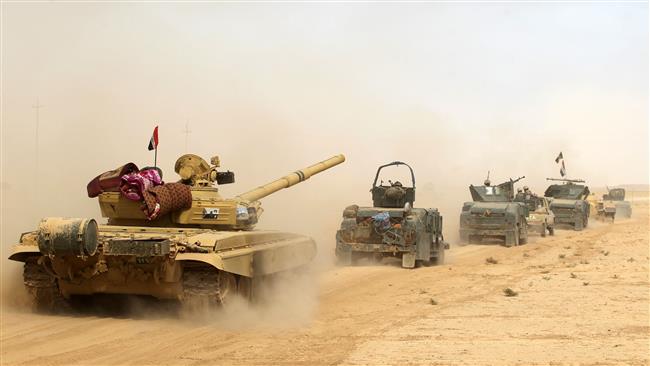 He added that Iran would strongly support any sincere campaign against terrorism and respect any decision by the independent Iraqi government, saying, “We have no intention whatsoever of interfering in the country’s internal affairs.”

He emphasized that Iran has always respected and attached great significance to Iraq’s territorial integrity and national sovereignty and said, “This is an unchangeable stance.”

“We want a stable and developed Iraq which enjoys peace and stability and is capable of defending its territorial integrity and national sovereignty,” the Iranian spokesperson said.

Qassemi added that the fight against terrorism has always been among Iran’s “core and unchangeable” policies and emphasized that the Islamic Republic would always seriously play its role in the campaign against extremism.

He urged countries which are participating in operations to drive terrorists out from Iraq upon the request of and in coordination with the country’s government to show goodwill and make up for their mistakes in the past by pursuing “a serious and sincere” approach to the fight against terrorism.

Iraqi government forces launched an offensive on Monday to retake Mosul, the last Daesh terrorists’ major stronghold in the country, after the Takfiri group seized the city some two years ago.

The operations are advancing from three directions, namely the south, the east, and the northeast of the city.

In a televised address in the early hours of Monday, Iraqi Prime Minister Haider al-Abadi announced the beginning of the assault against terrorists in Mosul.

"Today I declare the start of these victorious operations to free you from the violence and terrorism of Daesh," Abadi said.

Iraq’s al-Sumaria news website said the Daesh terrorists had begun transferring the group’s assets and cash money out of Mosul. It quoted local sources as saying that Daesh operatives were loading cash and valuables on trucks destined for the city of Raqqah, the de facto capital of the Takfiris in neighboring Syria.

The Takfiri group unleashed its campaign of death and destruction against the country in 2014, seizing the northern city of Mosul and declaring it as its so-called headquarters. A large and multi-faceted operation is due to liberate the city.

The Mosul operation comes as Turkey’s President Recep Tayyip Erdogan has again rejected calls by Baghdad for the withdrawal of Turkish troops from Iraqi territory. He said on Monday that it would be “unthinkable” for Ankara not to participate in the Mosul operation, stressing Turkey will certainly be part of the offensive to retake the city.

Senior Iraqi cleric Muqtada al-Sadr said on Monday that Turkey must not intervene in the operation to retake Mosul, stressing the Mosul operation “is exclusively within the domain of the Iraqi army” and Turkey and others have no right to use the battle as a way of settling scores with others.

Tags: Iran Mosul Iraq
Short Link rasanews.ir/201mOv
Share
0
Please type in your comments in English.
The comments that contain insults or libel to individuals, ethnicities, or contradictions with the laws of the country and religious teachings will not be disclosed