Rasa - A child has been killed and dozens wounded after a gathering of Shia Muslims in the southern Pakistani city of Karachi was targeted by an explosive device. 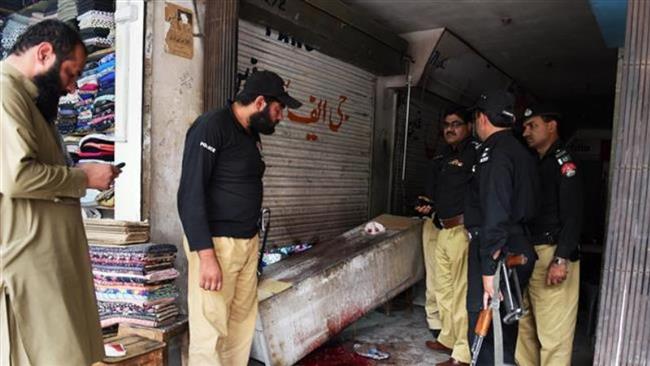 RNA - Karachi police chief Mushtaq Meher said that two assailants on a motorcycle lobbed an improvised explosive device at a Shia mosque in the port city's densely populated Liaquatabad district on Monday as women and children sat outside the building.

"One boy has expired and another boy and a woman are in critical condition," the police chief said.

No group or person has yet claimed responsibility for the attack, but Saudi-funded militant groups have been blamed for such raids in the past.

Following the deadly attack, hundred of  demonstrators took to the streets of Karachi to protest against the deadly attack. The angry protesters blamed the government for failing to provide security to the Shias across the country.

Sectarian, political and ethnic violence in Karachi has claimed the lives of hundreds of people over the past years.

Several Shia religious gatherings have been attacked in different parts of Pakistan in recent years.

The country’s Shia leaders have called on the government to bring to justice those behind the ongoing bloodshed and targeted killings.

Several Sunni groups have also denounced the carnage of the Shia Muslims at the hands of the extremists and described the issue as a conspiracy against the South Asian country.

Tags: Karachi Pakistan Mosque Shia
Short Link rasanews.ir/201mOu
Share
0
Please type in your comments in English.
The comments that contain insults or libel to individuals, ethnicities, or contradictions with the laws of the country and religious teachings will not be disclosed