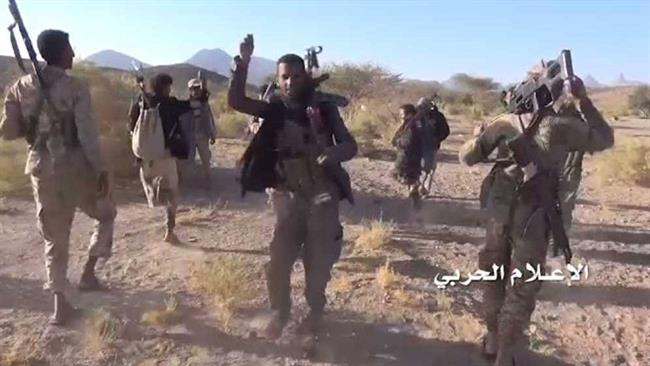 RNA - A military source, speaking on condition of anonymity, told Arabic-language al-Masirah television that five Saudi soldiers were killed and 10 others injured on Monday morning, when Yemeni forces and their allies fired a barrage of missiles at al-Mosem base in the area.

The source added that a number of military vehicles were destroyed in the retaliatory attack as well.

The development took place only a few hours after Yemeni soldiers and Popular Committees fighters launched a number of Katyusha rockets at separate gatherings of Saudi forces north of al-Mahrouq military base and al-Qawiyah village in Jizan region, with no reports of possible casualties.

Yemeni Katyusha rockets also struck areas near the Alab crossing in Saudi Arabia’s southern province of Dhahran al-Janoub on Sunday evening, but no reports of casualties were available.

Earlier on Sunday, a large number of Saudi-backed militiamen loyal to the former president Abd Rabbuh Mansur Hadi were killed and their armored vehicles destroyed, when Yemeni forces targeted their position in Wadi al-Rabia area of Sirwah district in Yemen’s central province of Ma’rib.

Saudi Arabia has been engaged in the deadly campaign against Yemen since March 2015. The United Nations puts the death toll from the military aggression at about 10,000.

Tags: Yemen Saudi
Short Link rasanews.ir/201mOt
Share
0
Please type in your comments in English.
The comments that contain insults or libel to individuals, ethnicities, or contradictions with the laws of the country and religious teachings will not be disclosed