Rasa - Palestinians have gathered in the Negev desert in protest to Israel’s destruction of homes in Bedouin towns in the region. 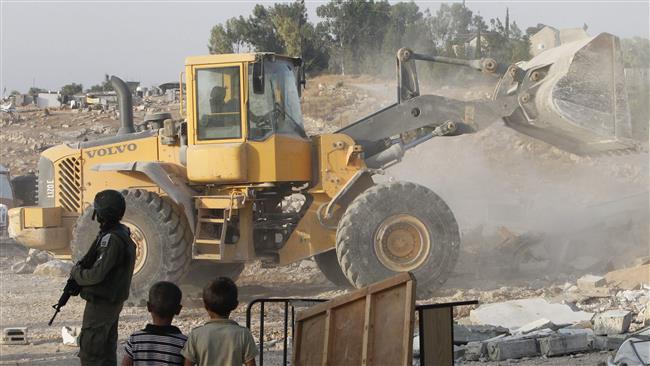 Over the past few weeks, Israeli bulldozers have razed dozens of homes in Bir Hadaj region, displacing their inhabitants.

Multiple rights groups have condemned such illegal activities, saying that they are aimed at uprooting indigenous Palestinians to make room for Israel’s unlawful settlement activities.

More than half a million Israelis live in over 230 illegal settlements built since the 1967 Israeli occupation of the Palestinian territories of the West Bank and East Jerusalem al-Quds.

The presence and continued expansion of Israeli settlements in occupied Palestine has created a major obstacle for the efforts to establish peace in the Middle East.

The Palestinian Authority wants the West Bank as part of a future independent Palestinians state, with East Jerusalem al-Quds as its capital.

Tags: Israel Palestine
Short Link rasanews.ir/201mOs
Share
0
Please type in your comments in English.
The comments that contain insults or libel to individuals, ethnicities, or contradictions with the laws of the country and religious teachings will not be disclosed