Rasa - The ISIL has intensified security measures across Raqqa city after the body of its religious judge was found on the banks of the Euphrates River in Raqqa city, local sources said on Monday. 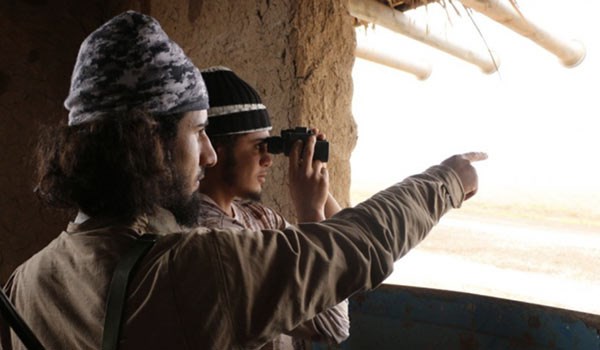 RNA - "The body of Abu Ebadeh al-Shameli, a judge and commander of al-Mahkamah al-Islamiyah (Islamic court), was found in al-Fakhikeh neighborhood in the Western parts of Raqqa," the sources said.

"In the meantime, ISIL leadership in Raqqa has started to replace commanders of its so-called police, al-Hasaba and security offices with the Iraqi commanders that have just escaped Mosul," they added.

According to the sources, the ex-commanders have been sent to Albu Kamal in Deir Ezzur and Homs.

In September, the ISIL publicly executed a dozen its member militants for attempting to desert their posts in Raqqa, according reports.

“The ISIL military leadership has publicly beheaded 12 of its own militants for evacuating their posts at the battlefront in Eastern Syria without permission,” a Raqqa-based media activist said.

“The militants were executed in front of hundreds of people in Central Raqqa,” the source said.

There have been frequent reports that ISIL has executed fighters and civilians for attempting to flee its territory in Syria and Iraq, or for alleged spying.

ISIL is facing growing pressure from the US-led coalition forces and the Iraqi military in its self-declared capital in Mosul, and in Syria from Kurdish YPG forces and the Turkish offensive that began on 24 August.

Tags: ISIL ISIL Raqqa
Short Link rasanews.ir/201mOr
Share
0
Please type in your comments in English.
The comments that contain insults or libel to individuals, ethnicities, or contradictions with the laws of the country and religious teachings will not be disclosed