Rasa - Rapporteur of the Iranian Parliament's National Security and Foreign Policy Commission Seyed Hossein Naqavi Hosseini condemned repeated territorial claims raised by the United Arab Emirates (UAE) over the three Iranian islands of Abu Musa, the Greater Tunb and the Lesser Tunb in the Persian Gulf, and blasted Abu Dhabi for its unconstructive policies in the region. 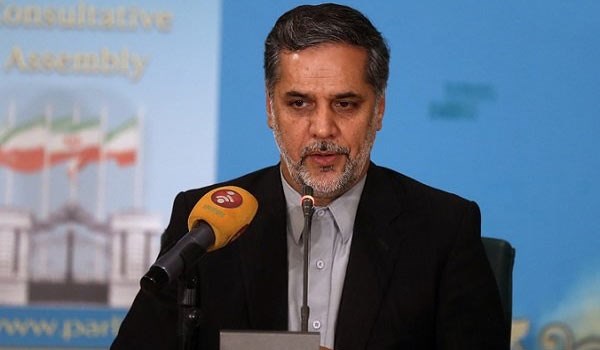 "The UAE thinks that it can create a right for itself by repeating baseless and undocumented claims," Naqavi Hosseini said.

The senior lawmaker reiterated that the three islands are inseparable parts of Iran, and said that repeating unfounded claims would never change the historical realities.

International documents clearly show that the three islands of the Greater Tunb, the Lesser Tunb and Abu Musa which were historically owned by Iran, temporarily fell to British control in 1903. The islands were returned to Iran based on an agreement in 1971 before the UAE was born.

Iran has repeatedly declared that its ownership of the three islands is unquestionable.

Under international law, no state can defy any agreement, which came into being before its establishment.

Yet, the UAE continues to make territorial claims against the Islamic Republic despite historical evidence and international regulations.

Tags: Trio Islands UAE Iran Iran
Short Link rasanews.ir/201mOp
Share
0
Please type in your comments in English.
The comments that contain insults or libel to individuals, ethnicities, or contradictions with the laws of the country and religious teachings will not be disclosed