Rasa - Saudi Arabia is prepared to agree to a ceasefire in Yemen if the Houthis agree, Saudi Foreign Minister Adel al-Jubeir said Monday, adding that he was cynical about efforts for peace after numerous previous ceasefire attempts had failed. 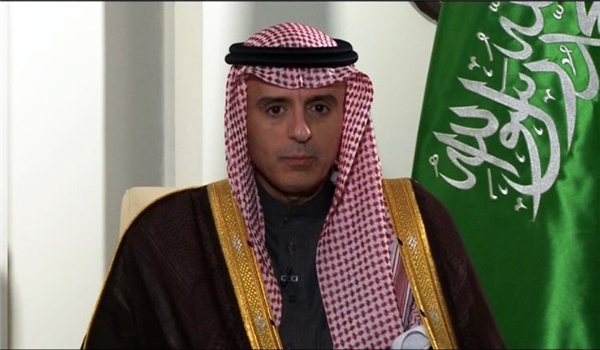 RNA - The United States and Britain called on Sunday for an immediate and unconditional ceasefire to end violence in Yemen, which has been put in spotlight after dozens of civilians were killed in one of the deadliest airstrikes this month on a funeral gathering in the Yemeni capital Sana’a by the Saudi-led coalition.

The coalition has come under heavy criticism since the airstrike that killed 140 people.

Jubeir claimed the Kingdom was being very careful to abide by humanitarian law in the Yemen conflict. He said that those responsible for the funeral bombing would be punished while victims would be compensated.

Tags: Yemen Adel al-Jubeir Saudi
Short Link rasanews.ir/201mOh
Share
0
Please type in your comments in English.
The comments that contain insults or libel to individuals, ethnicities, or contradictions with the laws of the country and religious teachings will not be disclosed