Rasa - Iranian Parliament Speaker Ali Larijani slammed the US and its Middle Eastern allies for creating an atmosphere that led to the increase of terrorist activities in the region. 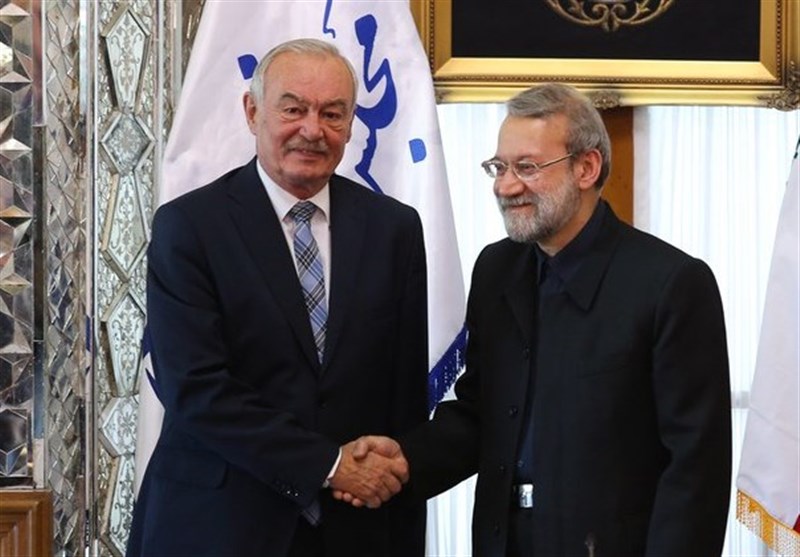 RNA - “The US and its allies in the region created a warmongering atmosphere which led to the increased activities of terrorist currents in the region,” Larijani said in a meeting with First Vice President of the Senate of the Czech Republic Premysl Sobotka in Tehran on Monday.

He added that the phenomenon of terrorism is not limited to the region but poses threats against the entire world.

Larijani further pointed to recent Syria peace talks in the Swiss city of Lausanne, saying that the talks and the previous negotiations have failed to yield results because the world powers and their regional allies do not believe in the resolution of the Syrian crisis through dialogue.

Attempts to overthrow the legitimate government of Syria cause more turmoil and the empowerment of the terrorist groups in the Arab country, he said, adding that therefore, the destiny of the country should be decided by its people.

Sobotka, for his part, pointed to the terrorism crisis in Europe and said today, the biggest threat to global security is the crisis, which has been created by interference in other countries’ internal affairs.

In the meantime, Iran has remained a close ally of Syria and supports its legitimate government in the face of foreign-backed militancy.

Tags: US Terrorist Larijani
Short Link rasanews.ir/201mOf
Share
0
Please type in your comments in English.
The comments that contain insults or libel to individuals, ethnicities, or contradictions with the laws of the country and religious teachings will not be disclosed