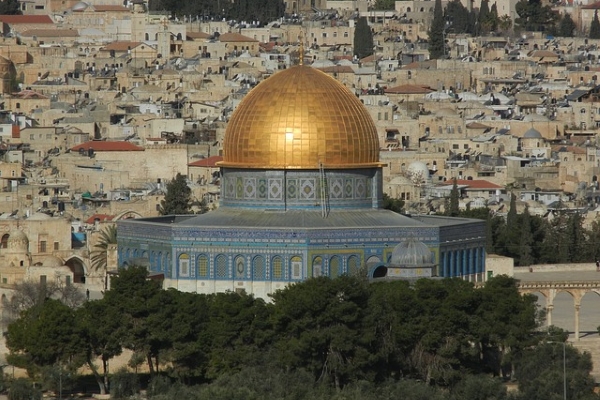 Israel suspended cooperation with UNESCO on Friday, a day after the UN cultural body criticised it for restricting Muslim access to the site, and for aggression by Israeli police and soldiers. UNESCO also recognised Israel as the occupying power.

In a statement, the Palestinian Ministry of Foreign Affairs said it welcomed the adoption of the resolution that reflected “the majority of member states commitment to confront [the Israeli] impunity and uphold the principles upon which the UNESCO was founded”.

The statement added: “Rather than spending millions to spin the illegal colonisation into normalcy and distort reality, Israel, the occupying power, must understand that the only way to be treated like a normal state is if it starts acting like one by ending its occupation of Palestine and seizing its irresponsible and illegal actions in the occupied land of the state of Palestine, especially East Jerusalem.”

“The heritage of Jerusalem is indivisible, and each of its communities has a right to the explicit recognition of their history and relationship with the city,” she said in a statement.

Jerusalem’s Old City was designated a World Heritage site because of its “universal value … which is an appeal for dialogue, not confrontation”, Bokova said.

Tags: Mosque Aqsa Palestine
Short Link rasanews.ir/201mOW
Share
0
Please type in your comments in English.
The comments that contain insults or libel to individuals, ethnicities, or contradictions with the laws of the country and religious teachings will not be disclosed