Israel after Building Airbase in S. Arabia to Attack Iran

Rasa - The documents released by Wikileaks show that Israel has sought to build a military airbase in Saudi Arabia to launch attacks against Iran. 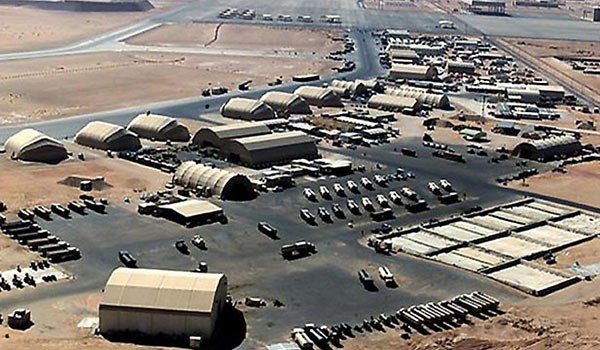 RNA - The Palestine news website quoted Israeli radio as reporting that the Wikileaks documents which are based on the emails sent to former US Secretary of State Hillary Clinton, show that Israel is still thinking of an airbase in Saudi Arabia and using the country's soil against Iran's nuclear and military centers.

According to the documents, Israel also sought to deploy a large number of its advanced fighter jets in Saudi Arabia to carry out operations against Iran.

Also in 2010, the Times had reported that Saudi Arabia has practiced standing down its anti-aircraft systems to allow Israeli warplanes passage on their way to attack Iran's nuclear installations, adding that the Saudis have allocated a narrow corridor of airspace in the north of the country.

Prince Mohammed bin Nawaf, the Saudi envoy to the UK, speaking to the London-based Arab daily Asharq al-Awsat, denied that report, saying such a move "would be against the policy adopted and followed by the Kingdom."

Tags: Israel Saudi
Short Link rasanews.ir/201mOU
Share
0
Please type in your comments in English.
The comments that contain insults or libel to individuals, ethnicities, or contradictions with the laws of the country and religious teachings will not be disclosed