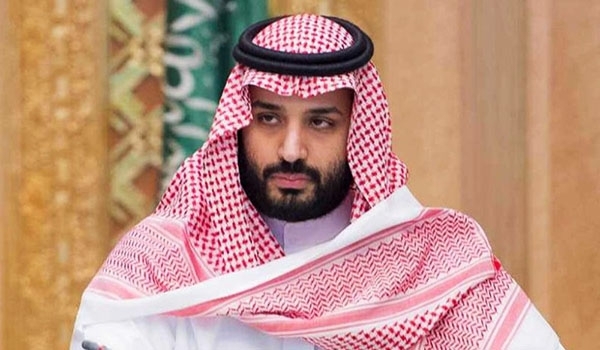 "Bin Salman has also held meetings with Netanyahu twice, one of which was in the city of Eilat (in Israel)," it added.

According to al-Manar, Bin Salman and Netanyahu discussed relations between Riyadh and Tel Aviv, the situation in Syria and Lebanon, security coordination between the two sides and Riyadh's purchase of weapons from Tel Aviv to continue support for the terrorist groups in Syria and attacks against Yemen during their phone talks.

Netanyahu and bin Salman also agreed to prepare the ground for holding a high-ranking Saudi-Israeli meeting in the near future, the Palestinian daily said.

Some regional media had revealed in July that a well-connected retired general in the Saudi military had traveled to Israel, in the latest indication of a growing link between Tel Aviv and Riyadh which has come to light in recent months.

According to the news outlets, Anwar Eshki made the visit earlier in July, meeting with Israel’s foreign ministry director general Dore Gold Yoav Mordechai and a number of Knesset members.

Local media in Israel called the visit "a highly unusual one," as Eshki couldn't have traveled to Israel without approval from the Saudi government.

Eshki and Gold raised an uproar first in June 2015 when they held a publicized joint event in Washington, after meeting several times privately over the preceding year.

Gold attended the event a few days before assuming the role of director general of the Israeli foreign ministry.

Israeli legislator Esawi Freige, who organized Eshki’s meeting with his fellow members of Knesset, shed some light on the trip. "The Saudis want to open up to Israel," he said.

"This is a strategic step for them. They said they want to continue what former Egyptian President Anwar Sadat started. They want to get closer to Israel. This is clearly evident," Fregie noted.

Tags: Israel Mohammed bin Salman Saudi
Short Link rasanews.ir/201mOR
Share
0
Please type in your comments in English.
The comments that contain insults or libel to individuals, ethnicities, or contradictions with the laws of the country and religious teachings will not be disclosed