Rasa - Abdel Bari Atwan, the editor-in-chief of Rai al-Youm newspaper, called on Saudi Arabia to admit its failure in the Yemen war after Riyadh resorted to the massacre of civilians in a mourning ceremony in Sana'a out of despair. 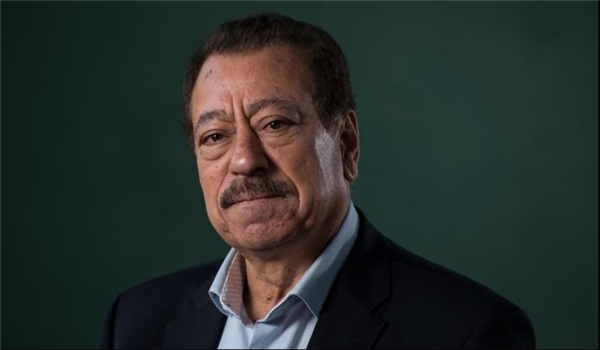 RNA - "The Saudi-led coalition's admission of its role in the recent crime in Sana'a is a lame excuse and the coalition should admit this reality that it has failed in materializing even one of its goals in the war which has resulted in such a destruction and pool of blood in Yemen," Atwan wrote on Sunday.

Even if one assumes that former Yemeni President Ali Abdullah Saleh and his allies, including Abdolmalik al-Houthi, were among the mourners in Sana'a, killing hundreds of civilians and bereaved families is morally unimaginable, he added.

Stressing the need for halting the aggression against Yemen and withdrawal of the Saudi-led forces from the Arab country within the framework of an unconditional ceasefire agreement, Atwan said Riyadh and its allies should admit failure in the Yemen war.

The Saudi-led coalition accepted the responsibility for the tragic attack on a funeral ceremony in Yemeni capital, Sana'a, claiming that the raid was carried our after receiving incorrect information from their sources that pro-Hadi military leaders were in the area, an investigative body set up by the coalition said.

The Saudi-led campaign in Yemen has come under severe criticism since the Oct. 8 airstrike on the funeral gathering in the Yemeni capital Sana'a that killed over 213 people.

Saudi warplanes on October 8 attacked the hall where people were attending a funeral procession for the father of Yemen's interior minister in Sana'a.

Saudi officials initially said their aircraft had not carried out any attack on the Yemeni capital that day.

But the Joint Incidents Assessment Team (JIAT) said air operations officials failed to obtain approval for the strike from commanders in a violation of protocol, according to the statement carried by Saudi Arabia's state news agency SPA.

"Because of non-compliance with coalition rules of engagement and procedures, and the issuing of incorrect information, a coalition aircraft wrongly targeted the location, resulting in civilian deaths and injuries," it said.

The JIAT called for a review of rules of engagement and compensation for the families of victims.

"Appropriate action... must be taken against those who caused the incident, and... compensation must be offered to the families of the victims,” it said.

The air campaign and ongoing ground fighting have left over 11,800 civilians dead and thousands more wounded. The war has pushed Yemen, the Arab world's poorest nation, to the brink of famine amid an imposition of a coalition blockade.

Since the beginning of the coalition's intervention in Yemen, rights groups have documented coalition bombings that struck weddings, markets, schools and hospitals. After the funeral hall bombing, coalition officials announced an internal investigation of the incident.

Last week, the HRW statement demanded an independent international investigation on the attack.

The group also called for both the US and UK to immediately suspend all arms sales to Saudi Arabia. The two countries have sold the kingdom billions of dollars in weapons.