Rasa - Commander of Khatam ol-Anbia Air Defense Base Brigadier General Farzad Esmayeeli underlined that the country's air defense system is so powerful that it can engage and destroy multiple hostile flying objects of different types at once. 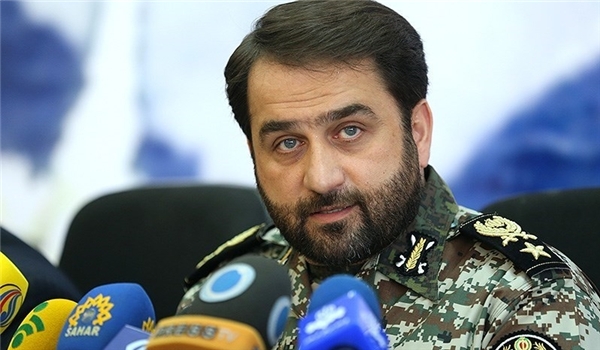 RNA - "The air defense system can engage in combat against various targets at any altitudes and it blocks the path of any hostile flying objects that intends to enter the country's airspace," General Esmayeeli said on Sunday.

Stressing that Iran enjoys a desirable level of sustainable security, he said that the enemies don’t even think of threatening the country.

General Esmayeeli referred to the Iranian Armed Forces' different defensive capabilities, and said this has created a proper level of deterrence against the enemies.

General Esmayeeli announced in July that the new defense systems integrated into the country's home-made missile shield have increased its air defense capability.

"Integration of the indigenized systems with the new systems has increased (Iran's) air defense capability," he said, addressing the Air Defense Base staff in Tehran only a day after reports said Iran has received the missiles of a battalion of the S-300 air defense system that it imported from Russia a few months ago.

Stressing Iran's eye-catching progress in detection and reconnaissance fields, he said, "The Air Defense is also capable of fighting against any threats at any altitude by relying on its home-made capabilities."

Esmayeeli underlined that the equipment needed in the Air Defense Base are built and supplied based on standing needs and requirements and future threats.

Tags: Khatam Iran
Short Link rasanews.ir/201mOE
Share
0
Please type in your comments in English.
The comments that contain insults or libel to individuals, ethnicities, or contradictions with the laws of the country and religious teachings will not be disclosed