Rasa - Fatah al-Sham (formerly the al-Nusra) Front's religious judge Abdullah al-Moheiseni said widening rifts among the members of Jeish al-Fatah coalition of militant groups and the recent advances of the Syrian government forces will soon end in the imminent collapse of the militants in Aleppo and Damascus provinces. 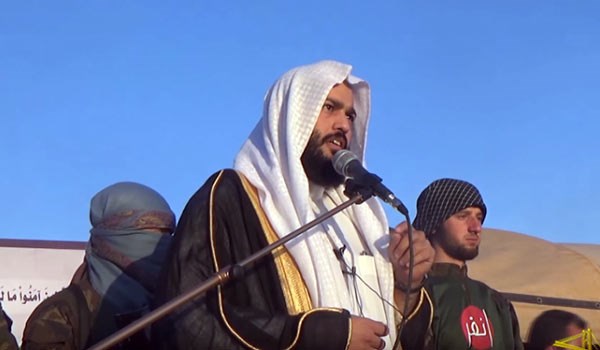 RNA - Al-Moheiseni underlined that the militant groups in Aleppo and Damascus are most likely to sustain the greatest defeats they have endured so far, given the Syrian army's growing pace of victories and increasing differences among the rebels.

"Militants' defeats and failure in Damascus and Aleppo are due to the very weak management of our field commanders, who stressed on their own military plans," he added.

Al-Moheiseni had warned of widening rifts among militants in Aleppo in August.

He further accused some members of Jeish al-Fatah coalition of seeking more relations with their foreign backers which as he said is the main barrier on the way of uniting coalition's members.

Tags: Mufti Syria Saudi
Short Link rasanews.ir/201mO3
Share
0
Please type in your comments in English.
The comments that contain insults or libel to individuals, ethnicities, or contradictions with the laws of the country and religious teachings will not be disclosed