Rasa - Three men have been arrested and charged in federal court for conspiring to bomb an apartment building that serves as a mosque for many local Somali immigrants in the US state of Kansas. 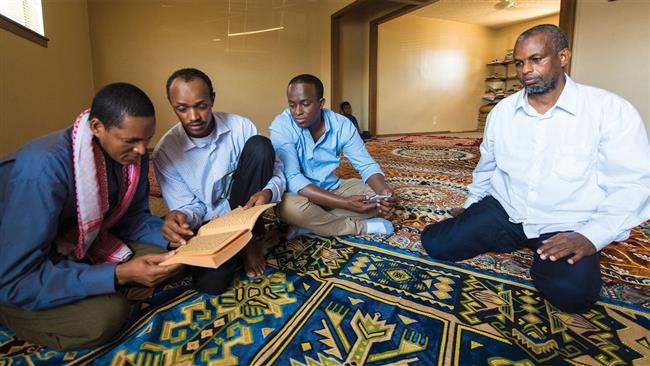 RNA - The suspects, identified as Curtis Allen, 49, Gavin Wright, 49, and Patrick Eugene Stein, 47, had stockpiled firearms, ammunition and explosives for the attack, according to the US Justice Department.

The three men were charged in federal court in Wichita on Friday with conspiring to use a weapon of mass destruction in Garden City.

The defendants had prepared a manifesto to be published after their planned bombing, according to a criminal complaint released by the US Attorney’s Office.

“According to the complaint, these three defendants conspired to conduct a bombing attack against an apartment complex occupied by men, women and children in the Garden City, Kansas community,” said Assistant Attorney General for National Security John P. Carlin.

“Protecting our nation from such attacks, whether they are rooted in domestic or international terrorism, is our highest priority,” he added.

The DOJ said the defendants are part of a militia group called the Crusaders, which first drew the FBI’s attention last February.

The trio conducted surveillance of possible targets and were hoping to “wake people up” by attacking the Muslim community in Garden City, according to the complaint.

They discussed plans for getting four vehicles, filling them with explosives and detonating them at the four corners of the apartment complex and mosque, the complaint added.

If convicted, the suspects face a maximum sentence of life in prison.

Acting US Attorney Tom Beall said eight months of investigation by the FBI had taken agents "deep into a hidden culture of hatred and violence."

“Many Kansans may find it as startling as I do that such things could happen here,” he added.

Friday's charges prompted the Council on American-Islamic Relations to urge law enforcement to enhance security at mosques across the US.

"We ask our nation's political leaders, and particularly political candidates, to reject the growing Islamophobia in our nation," Nihad Awad, executive director of CAIR, said in a statement.

Hate crimes against Muslims in the US have surged to levels not seen since the September 11, 2001 attacks. Experts say the anti-Muslim and xenophobic rhetoric of Republican presidential nominee Donald Trump is partly to blame for the rise in Islamophobia.

Tags: US Mosque Bomb
Short Link rasanews.ir/201mO1
Share
0
Please type in your comments in English.
The comments that contain insults or libel to individuals, ethnicities, or contradictions with the laws of the country and religious teachings will not be disclosed