Rasa - Russian Foreign Minister Sergei Lavrov says he has “no special expectations” for the upcoming round of multilateral talks on the future of Syria, stating that Moscow has not yet witnessed reciprocal steps from its Western partners. 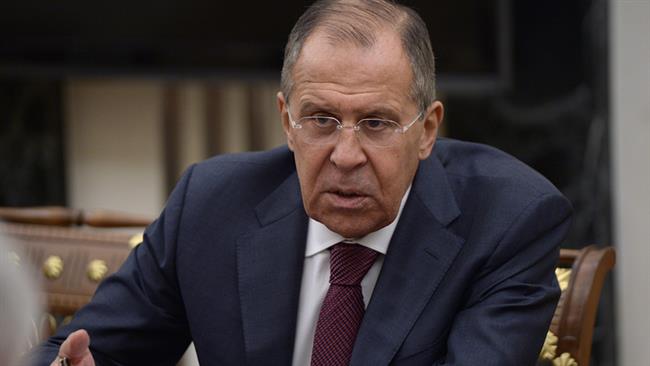 RNA - Addressing reporters in the Armenian capital Yerevan on Friday, Lavrov said Russia has no intention to introduce fresh initiatives during the meeting in the Swiss city of Lausanne on Saturday, which will see US Secretary of State John Kerry as well as foreign ministers from Turkey, Qatar, Saudi Arabia and possibly Iran in attendance, to reach a Syria settlement.

“We want to get down to concrete work and see how well our partners observe the UN Security Council resolution (on Syria). We are not going to propose anything else,” the top Russian diplomat pointed out.

A US-Russian brokered ceasefire for Syria expired on September 19 after being in effect for only a week.

The Syrian government refused to extend the truce after US-led airstrikes targeted a Syria military base in the eastern province of Dayr al-Zawr in violation of the agreement, leaving over 80 soldiers dead and some 100 others wounded.

Russia has also criticized the US for not doing enough to rein in militants in Syria and protect the truce, saying continued breaches of the ceasefire by militants made it “senseless” for Syrian authorities to stand committed to the agreement.

Meanwhile, Syrian government forces, backed by fighters from allied popular defense groups, have engaged foreign-sponsored Takfiri militants in the northwestern province of Aleppo, wresting control of the villages of al-Maqlaa,  Kassarat al-Oweje and Qows al-Oweje. Scores of extremists were killed and injured during fierce battles in the areas.

An unnamed military source also said more than 42 terrorists were killed on Friday, when army units launched clean-up operations in the al-Sheikh Saed, al-Fardous and 1070 Apartment Project neighborhoods of Aleppo.

Separately, Syrian forces managed to recapture the town of al-Dirkhebiyeh on the western flank of Damascus after killing a large number of the Takfiris.

An army unit also killed at least a dozen members of Jabhat Fateh al-Sham (formerly known as al-Qaeda-linked Nusra Front) terrorist outfit, in Saan al-Aswad area, situated some 15 kilometers (9.3 miles) north of the western city of Homs, on Friday. A militant commander, identified as Mustafa Mohammad al-Omari, was among the slain militants.

The foreign-sponsored conflict in Syria, which started in March 2011, has claimed the lives of more than 400,000 people, according to an estimate by UN Special Envoy for Syria Staffan de Mistura.

Tags: Lavrov Syria Aleppo
Short Link rasanews.ir/201mNZ
Share
0
Please type in your comments in English.
The comments that contain insults or libel to individuals, ethnicities, or contradictions with the laws of the country and religious teachings will not be disclosed