Rasa - The Israeli regime has suspended its cooperation with UNESCO a day after the UN cultural agency denounced the regime over its violations in Jerusalem al-Quds. 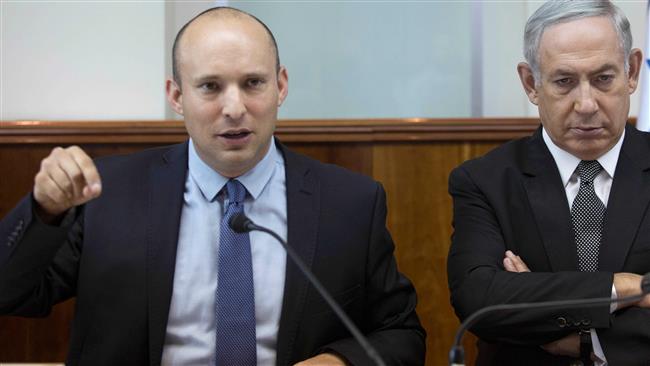 RNA - On Thursday, UNESCO adopted a draft resolution that strongly condemned "the escalating Israeli aggression and illegal measures against… the freedom of worship and Muslims’ access to their holy site al-Aqsa Mosque/al-Haram al-Sharif," (also known as the Temple Mount) compound in the occupied Old City of Jerusalem al-Quds.

UNESCO called on "Israel, the occupying power, to respect the historic status quo and to immediately stop these measures.”

The UN body also condemned the “continuous storming of Haram al-Sharif by the Israeli right-wing extremists and uniformed forces.”

The draft resolution, which aimed to "safeguard the Palestinian cultural heritage and the distinctive character of east Jerusalem," has infuriated the Israeli officials.

"I have notified the Israel National Commission for UNESCO to suspend all professional activities with the international organization," Israeli regime Education Minister Naftali Bennett wrote in a letter sent to UNESCO Director General Irina Bokova.

UNESCO had no immediate comment on the Israeli regime’s reactionary move.

Twenty-four countries, including Algeria, Brazil, China, Iran, Russia and South Africa, voted in favor of the UNESCO resolution on Thursday, while the United States, Britain, Germany, the Netherlands, Lithuania and Estonia opposed it.

A total of 26 countries, including Albania, Argentina, France, Greece, Japan, South Korea, Spain and Sweden abstained from the vote. Serbia and Turkmenistan were absent.

The occupied territories have already been the scene of increased tensions ever since Israeli forces imposed restrictions on the entry of Palestinian worshipers into the al-Aqsa Mosque compound in East Jerusalem al-Quds in August 2015.

Nearly 250 Palestinians have lost their lives at the hands of Israeli forces since the beginning of last October.

Israeli regime forces occupied east Jerusalem al-Quds during the 1967 war and later annexed it, declaring the whole city its indivisible capital despite outcry by the international community.

For Palestinians, east Jerusalem al-Quds is the capital of their promised future state.

Al-Aqsa Mosque is the third holiest site in Islam after Masjid al-Haram in Mecca and Masjid al-Nabawi in Medina.

Tags: UNESCO Netanyahu Israel
Short Link rasanews.ir/201mNW
Share
0
Please type in your comments in English.
The comments that contain insults or libel to individuals, ethnicities, or contradictions with the laws of the country and religious teachings will not be disclosed