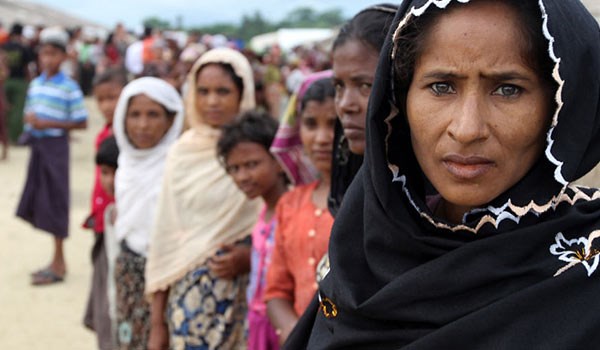 RNA - Troops went on a rampage in response to alleged attacks by unknown assailants on police which have sparked a dramatic escalation in violence along the border with Bangladesh, presstv reported.

Some of those killed were shot while unarmed and fleeing soldiers, witnesses said on Friday.

Myanmar’s armed forces have often been condemned for brutality and right abuses during conflicts with ethnic minorities in the country, forcing thousands of people to flee their homes.

The recent killings bring the total death toll in Rakhine state to 39, including 13 security personnel, since violence erupted on Sunday.

Officials say armed men launched a coordinated assault on three border police posts in the early hours of Sunday, killing nine police and making off with dozens of weapons and more than 10,000 rounds of ammunition.

While the identity of the attackers is not known yet, some officials have been quick to accuse Rohingya Muslims while others have pointed the finger at Bangladeshi groups.

The clashes have raised the specter of a repeat of the 2012 unrest, when Buddhist extremists killed scores of Muslims and torched their property across Rakhine, forcing tens of thousands to flee their homes.

The UN called on Tuesday for maximum restraint as the army sent troops to the restive state, urging authorities to refrain from violent confrontations that would endanger the lives of the civilian population.

Campaign group Fortify Rights said it had received reports of extrajudicial killings in the area and called on Myanmar's government to "protect civilians regardless of religion or ethnicity."

Myanmar's de facto leader Aung San Suu Kyi said her government was "exercising the rule of law." The Nobel Peace Prize laureate is already on fire by rights groups for her stance on the violence against the Rohingyas.

Incoming photos from northern Myanmar show thousands of civilians fleeing violence and persecution as troops hunt for those behind the attacks on police in torched villages.

The Rohingya and other Muslims have faced torture, neglect and repression in Myanmar for many years.

Rights groups have called Rohingyas one of the world's most persecuted peoples who face severe restrictions on their movement and access to basic services both in and outside squalid displacement camps.

Buddhist extremists have sought to brand Rohingya as illegal immigrants from Bangladesh, despite many tracing their lineage in Myanmar back generations.

Tags: Rohingya Myanmar
Short Link rasanews.ir/201mNR
Share
0
Please type in your comments in English.
The comments that contain insults or libel to individuals, ethnicities, or contradictions with the laws of the country and religious teachings will not be disclosed