Rasa - The UN has criticized Israel for putting pressure on the already-besieged Gaza Strip, saying such policies could trigger a new conflict between Tel Aviv and the Palestinian resistance fighters there. 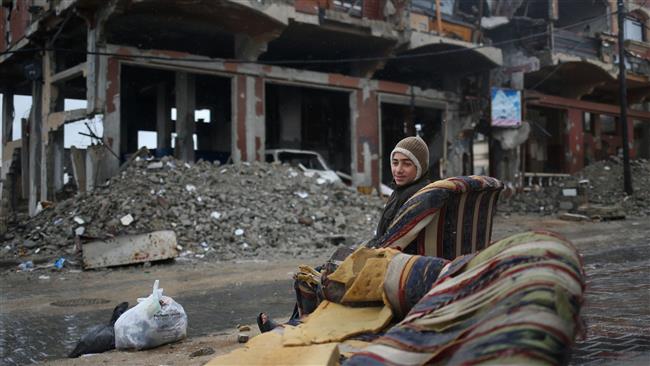 RNA - On Thursday, the UN Special Coordinator for the Middle East Peace Process Nickolay Mladenov voiced concern over the situation in Gaza and said the regime in Tel Aviv must understand that its policies on the Palestinian enclave merely “escalate violence.”

“Heat in the Gaza Strip is growing up,” said Mladenov during a visit to Gaza City.

The UN official further said Israel was not doing enough to ease the crippling blockade on Gaza, criticizing those “who believe that it’s possible to punish the Gaza Strip and keep it under blockade.”

Israeli imposed the siege on Gaza in 2007. Since then, the regime has launched three devastating wars on the coastal strip.

The latest military offensive against the territory in 2014, left nearly 2,200 Palestinians dead, including 577 children, over 11,100 others wounded and thousands of homes destroyed.

Israel continues to carry out attacks on the Palestinian enclave from time to time. The regime’s fighter jets also frequently bomb Gaza.

The UN diplomat further said “to restore calm, we need to follow up many issues, mainly reconstruction.”

“We are very much concerned over the slow process of reconstruction,” said Mladenov.

Tel Aviv has repeatedly banned the shipment of cements and other construction materials to Gaza, claiming that it is used by Palestinian resistance fighters to build up underground tunnels to attack Israel.

Mladenov said the UN Security Council would hold a special session next week to discuss the situation in the Gaza Strip, including efforts to bring Israelis and Palestinians to meet over the reconstruction issue.

Tags: Israel Palestine Gaza
Short Link rasanews.ir/201mNQ
Share
0
Please type in your comments in English.
The comments that contain insults or libel to individuals, ethnicities, or contradictions with the laws of the country and religious teachings will not be disclosed