Syria Crisis Settlement or Doubling Down on a Doomed Obsession?

Rasa - Russia and the United States have agreed to meet with regional powers to discuss possible steps for Syria crisis settlement on October 15 in Lausanne, Switzerland. 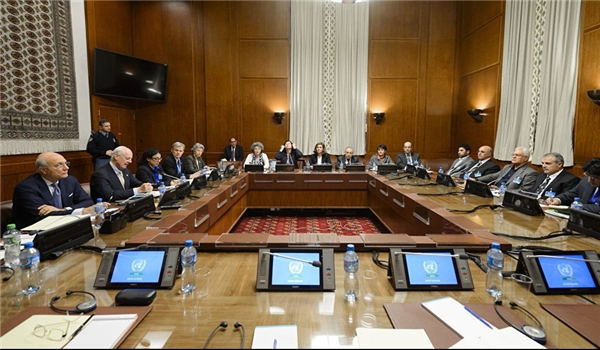 RNA - According to the agreement between Russian Foreign Minister Sergey Lavrov and US Secretary of State John Kerry, the meeting of foreign ministers of Russia, the US, Iran, Saudi Arabia, Qatar and Turkey is designed to consider possible additional steps to create conditions for the settlement of the Syrian crisis.

This comes as Russia and the US have both been flying combat missions in Syria for months and had an open communication channel to make sure they didn't hit each other, but relations soured again when a ceasefire in Aleppo fell apart late last month. The result was Kerry threatening to stop all talks and cooperation with Russia in the region unless Russia ends its bombing of US-backed terrorist groups in Aleppo in support of Syrian government. Then late last week, Kerry said Russia and Syria should be investigated for war crimes!

Now apparently there has been a change of heart in Washington, which no one knows why and whether it's genuine. Nevertheless, what the world needs to keep in mind is this:

Led by the United States, the bloodcurdling terror war began and failed in Syria but never stopped there. It reached the European shores. To put that in perspective, unless Washington and its NATO allies stop peeping into the looking glass and act like they are on the right side of the conflict, the Lausanne meeting will not bring any peace to Syria. It will be yet another failure for Washington and its allies - this time on the diplomatic front though.

Just like its predecessors, the unprovoked war has bred yet more of the same insecurity, reshaping the region and the planet in grim ways unimaginable. This should give the US and its regional partners all the chills, or more appropriately, leave them with enough determination to bring it to an end immediately and unconditionally - if they are truly committed to discussing crisis settlement and are not playing games.

The rash decision by war-party Washington and allies to support various militant groups and bomb Syria on the pretext of fighting ISIL - without targeting Al-Qaeda affiliates like Nusra Front - has not made the "Assad must go" hordes bat an eye. The White House is pushing for diplomacy because obviously the job - regime change - cannot be done. They cannot double down on this silly gambit by directly attacking Russia and Syria either. For anything to work, they have to first distance themselves from terrorist groups, including the so-called moderates which are now admittedly in cahoots with ISIL and Al-Qaeda.

In light of remarkable military gains by the allied forces of Iran, Syria, Russia and Hezbollah against various terror groups, it is just too risky for the Pentagon to attack Syria and Russia while the world supports their anti-terror campaign in eastern Aleppo - besides their efforts for a quick resumption of the political process. Their anti-terror alliance sits well with international protocols and will continue, crisis settlement talks notwithstanding.

That said, no matter how tough the "Assad must go" diplomats are going to behave in Lausanne, the alliance will not be defeated at the negotiating tables; nor will it end the anti-terror campaign in the face of a possible US-led airpower and ground invasion.

What is striking is not that the Americans have been forced to double down on their doomed obsession on both diplomatic and military fronts, but that they never seem to have much idea about what is happening. They will never be able to create a diplomatic condition to get the outcome of the meeting to their liking, let alone reverse the military gains of the allied forces on the ground.

Whichever way one looks at the upcoming talks, the political and diplomatic failures are pretty much predictable for Washington. It’s a chance in which any decision to save Syria will only come from Tehran and Moscow, the winners, and not from Washington and the extras, the losers.

In a general sense, they need to know that the age of state terrorism and American half-century domination in the Middle East is all but over. Their campaign to disintegrate Syria and bring it to heel - under a White House-produced banner - has been anything but disaster.

By talking to Iran and Russia, the Americans and their regional allies may think they can safely retreat to the diplomatic sidelines and restore their dented prestige, but they will inevitably find out they are wrong. They can be confident that they cannot win diplomatically what they couldn't win militarily - after supporting so many extremist outfits. It's unlikely to be whatever they are imagining now.

Tags: US Syria Russia
Short Link rasanews.ir/201mNI
Share
0
Please type in your comments in English.
The comments that contain insults or libel to individuals, ethnicities, or contradictions with the laws of the country and religious teachings will not be disclosed