Rasa - The US military says it has launched strikes on Yemen’s three coastal radar sites, citing retaliation for two failed missile attacks on American warships in the Red Sea in four days​. 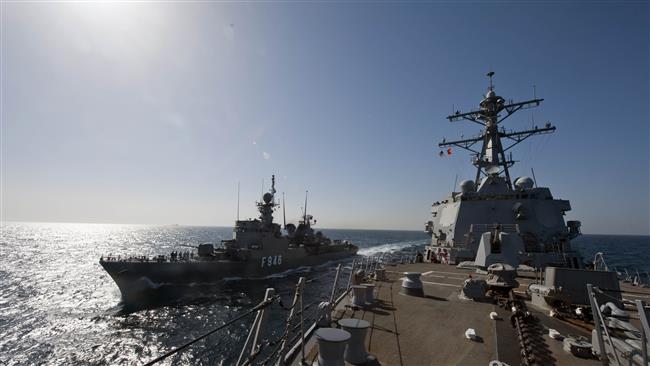 RNA - The Pentagon claimed that three radar sites had apparently been destroyed early on Thursday in the impoverished country.

It branded the move as "limited self-defense strikes," meant to protect American personnel, ships and freedom of navigation.

"These limited self-defense strikes were conducted to protect our personnel, our ships, and our freedom of navigation in this important maritime passageway," Pentagon spokesman Peter Cook said.

"The United  States will respond to any further threat to our ships and commercial traffic, as appropriate," he added.

Cook said that President Barack Obama authorized the strikes on the recommendation of Secretary of Defense Ash Carter and General Joseph Dunford, Chairman of the Joint Chiefs of Staff.

The strikes mark the first direct involvement by the US forces in the Muslim country.

"These radars were active during previous attacks and attempted attacks on ships in the Red Sea," including the USS Mason, one of the officials said.

The USS Mason, a guided-missile destroyer, came under attack on Wednesday for the second time, according to Cook.

The USS Mason and the USS Ponce, an amphibious warfare ship, were previously targeted on Sunday in a failed missile attack from territory in the Red Sea off the coast of Yemen, according to the Pentagon.

On Tuesday, the US military vowed to retaliate for the missile attack. “Counterstrike, retaliatory strike: I can tell you that those things are things that we are looking at,” said Captain Jeff Davis, a Pentagon spokesman.

The US military has been providing logistic and surveillance support to Saudi Arabia in its military aggression against Yemen, the kingdom’s impoverished southern neighbor, which has killed more than 10,000 Yemenis since its onset in March 2015.

Washington has on several occasions criticized the Saudi regime for its crimes against humanity in Yemen, but has shown no sign of ending its support for Riyadh.

According to a report published by The Intercept on Monday, the United States and Britain are fully aware of the civilian nature of Saudi Arabia’s targets in Yemen and yet continue to provide the regime in Riyadh with weapons and intelligence required to hit them.

London and Washington “have indiscriminately and at times deliberately” led Saudi warplanes to strike civilian targets in Yemen during the kingdom’s months-long military aggression against its southern neighbor.

Tags: US Yemen Saudi
Short Link rasanews.ir/201mNB
Share
0
Please type in your comments in English.
The comments that contain insults or libel to individuals, ethnicities, or contradictions with the laws of the country and religious teachings will not be disclosed