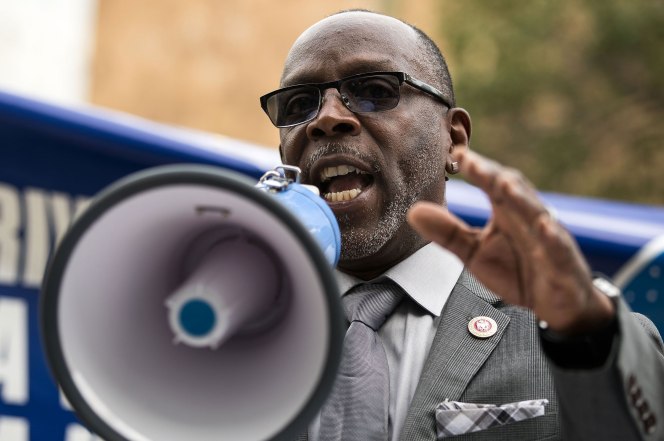 The non-binding proposal, which was voted out of committee and is likely to be approved by the full council Thursday, declares support for Muslim communities, “affirms the religious pluralism of the United States, and urges all residents to stand together for peace and understanding.”

Councilman Daneek Miller (D-Queens), the body’s only Muslim, says he was prompted to introduce the measure following an increase in bias attacks and Donald Trump’s rhetoric against Muslims.

“We don’t get better if we don’t engage,” Miller said at a Cultural Affairs Committee hearing. “If we’re not talking about it, we’re not fixing it.”

One of them, Linda Sarsour, director of the Arab American Association of New York, questioned why the council would take up such an issue at the time. But on Tuesday, she voiced support for the council’s pro-Muslim message.

Tags: Muslim New York
Short Link rasanews.ir/201mMr
Share
0
Please type in your comments in English.
The comments that contain insults or libel to individuals, ethnicities, or contradictions with the laws of the country and religious teachings will not be disclosed