Rasa - A senior commander of the Iraqi volunteer forces (Hashd al-Shaabi) said that ISIL emirs and commanders have evacuated the Western part of Anbar province at the order of the US. 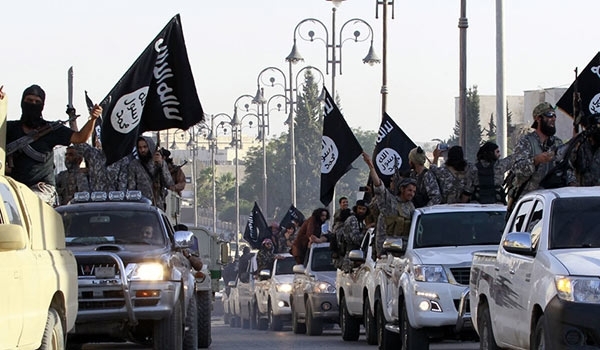 RNA - "The ISIL commanders and their families have fled Raveh, Ana, al-Qaem, al-Rataba and other areas under their control in Western Anbar province," Hashd al-Shaabi Commander Nazem al-Jaqifi said on Wednesday.

He reiterated that the ISIL's evacuation of Anbar province has taken place upon an order by Washington.

On Tuesday, the Iraqi army and popular forces retook control of Heet Island in the Western parts of Ramadi, the capital city of al-Anbar province.

"The Army units could fully liberate the Heet Island in the Northern parts of Heet city, 70km of West of Ramadi, from ISIL's hands," Commander of al-Anbar operations, General Esma'eil al-Mahlawi was quoted as saying by Soumeria news.

According to him, the operations to regain control of Heet Island and the surrounding villages were carried out without any resistance by the ISIL terrorists as they all fled the region.

Tags: Hashd Al-Shaabi ISIL Mosul Iraq
Short Link rasanews.ir/201mMp
Share
0
Please type in your comments in English.
The comments that contain insults or libel to individuals, ethnicities, or contradictions with the laws of the country and religious teachings will not be disclosed