Rasa - Nigerian government troops have surrounded a group of Shia Muslims gathered in a mosque to observe the mourning ceremonies for the martyrdom anniversary of Imam Hussein (peace be upon him). 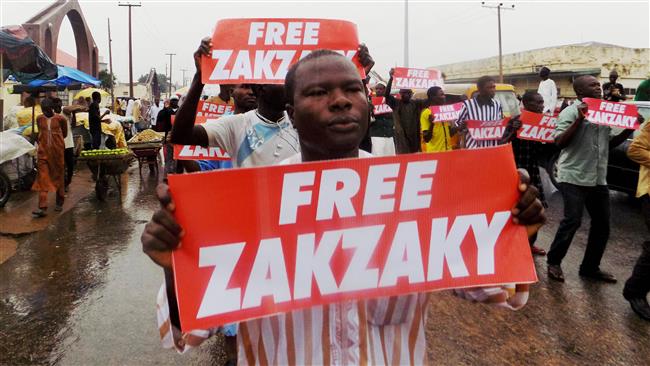 RNA - The worshipers had gathered in the mosque on Tuesday to commemorate the ninth day of the lunar month of Muharram, Tasu'a, the eve of the martyrdom anniversary of Imam Hussein, the third Shia Imam, and his 72 companions.

“Shortly before the Kaduna Markaz mosque on Zango Road was encircled by armored military vehicles carrying heavily armed soldiers and also an ambulance were among a convoy of 18 military vehicles seen nearby,” the Islamic Human Rights Commission (IHRC) reported.

It noted that even women and children who attempted to leave the mosque were forced back in by the troops.

The incident occurred just a few days after Nigeria banned the Islamic Movement in Nigeria (IMN) and issued an arrest for its spokesman.

“As was feared, the new law appears to be being used as an attempt to prevent the movement’s supporters from attending ceremonies commemorating the month of Muharram,”said the IHRC.

On December 13, Nigerian forces raided the house of prominent Shia Muslim cleric Sheikh Ibrahim Zakzaky, the leader of the IMN, and arrested him after killing those attempting to protect him, including one of the movement's senior leaders and its spokesman.

The raid occurred a day after Nigerian soldiers attacked Shia Muslims attending a ceremony at a religious center in the city of Zaria, accusing them of blocking the convoy of the army’s chief of staff and attempting to assassinate him.

The Sheikh himself, who was shot seven times during the attacks and blinded in one eye, still remains in army custody with no charges filed against him.

Tags: Zakzaki Shia Nigeria
Short Link rasanews.ir/201mMf
Share
0
Please type in your comments in English.
The comments that contain insults or libel to individuals, ethnicities, or contradictions with the laws of the country and religious teachings will not be disclosed