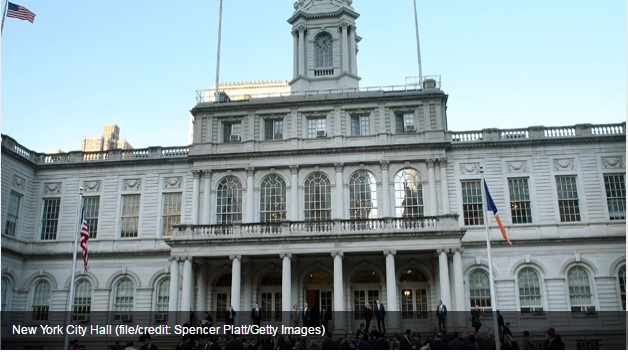 RNA - The resolution, put forth by Daneek Miller (D-27th), comes in response to an increase in violence against the Muslim community, includingmosques being vandalized, Muslim women assaulted and religious leaders killed, 1010 WINS’ Al Jones reported.

“The attacks on the Muslim community this year are greater than even that of the years after 9/11,” Miller said.

Linda Sarsour with the Arab American Association of New York said it is important for leaders to speak out against the issue.

“When our public servants are silent in the face of violence and hatred against certain communities, that means that they are creating an environment for that violence to continue,” she said from the steps of City Hall.

Council members blamed the current political climate for the increase in violence.

Tags: Muslim New York
Short Link rasanews.ir/201mMc
Share
0
Please type in your comments in English.
The comments that contain insults or libel to individuals, ethnicities, or contradictions with the laws of the country and religious teachings will not be disclosed