Rasa -A public forum featuring young adults sharing their perspectives and experiences growing up adhering to their Islamic faith tradition in the U.S. will be from 6 to 8 p.m. Tuesday at Oklahoma City University, 2501 N Blackwelder Ave. 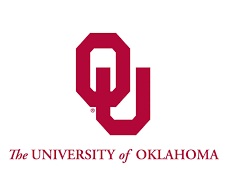 RNA - A public forum featuring young adults sharing their perspectives and experiences growing up adhering to their Islamic faith tradition in the U.S. will be from 6 to 8 p.m. Tuesday at Oklahoma City University, 2501 N Blackwelder Ave.

"Being Muslim in America" will be a free event hosted by The Oklahoman in partnership with Oklahoma City University. It will include a panel of young Muslims, including some who converted to Islam. The panel will include:

• Zahara Chaudhry, 24, a Pakistani American who works for an advertising agency in Oklahoma City. She was born in Pakistan and grew up in the San Francisco Bay Area before moving to Norman when she was 17. She graduated from Norman High, and from the University of Oklahoma with a degree in business administration.

• Rand Alzubi, 23, born in Jordan but moved to Lubbock, Texas, as an infant. Her family moved to Oklahoma when she was 2 years old. She graduated from Dove Science Academy in Oklahoma City and now is a dental student at the University of Oklahoma.

• Andrew Stodghill, 26, converted to Islam six years ago. He's an American Indian who grew up in Oklahoma City. He graduated from the University of Central Oklahoma with a degree in philosophy and is pursuing a second degree in education at Oklahoma Baptist University.

• Mikael Deems Bryant, 23, a third-year law student at the Oklahoma City University School of Law. He graduated from Cornell College in Mount Vernon, Iowa, where he majored in history and minored in music. He grew up in Enid in a Lutheran family, but lost touch with religion at an early age. He converted to Islam in July 2013 after spending two years at Cornell College.

• Saad Ahmed, 19, sophomore at the University of Oklahoma studying chemical engineering/pre-med who graduated from Edmond Santa Fe High School. He was born in Qatar and his family moved to Edmond from Kuwait when he was 11 years old.

• Joseph Webster, 46, retired from the military after 20 years of service in the U.S. Army, including three combat deployments during Operation Iraqi Freedom. He converted to Islam about two years after joining the Army. He is a graduate of the University of Central Oklahoma and teaches U.S. history, speech and debate, and physical education at the Mercy School Institute in Oklahoma City.

The forum will be in the Great Hall at the Tom & Brenda McDaniel University Center at OCU.

Tags: Muslim US Oklahoma
Short Link rasanews.ir/201mMR
Share
0
Please type in your comments in English.
The comments that contain insults or libel to individuals, ethnicities, or contradictions with the laws of the country and religious teachings will not be disclosed