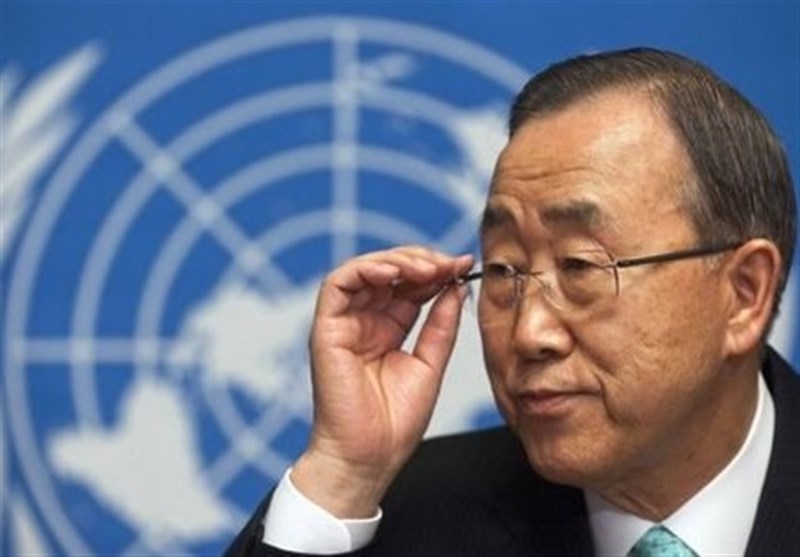 RNA - The UN chief told reporters that Saturday's airstrikes in Yemen's capital Sana’a, which killed over 140 people and injured more than 525 others, were the latest disasters in the Yemen conflict, which has left over 20 million people - "an astounding 80 percent of the population" - in need of humanitarian aid.

"Aerial attacks by the Saudi-led coalition have already caused immense carnage and destroyed much of the country's medical facilities and other vital civilian infrastructure," Ban said. "Bombing people already mourning the loss of loved ones is reprehensible."

"This latest horrific incident demands a full inquiry," he said. "More broadly, there must be accountability for the appalling conduct of this entire war."

Earlier Monday, UN human rights chief Zeid Ra'ad al-Hussein denounced the airstrikes and faulted the Human Rights Council for not doing more in the face of a "climate of impunity" in the impoverished, war-torn country, the Associated Press reported.

He reiterated his calls for an independent investigation of abuses in Yemen, which the 47-member Geneva-based council, which includes Saudi Arabia, all but ignored at its last session in September.

Ban noted Zeid's call and said his strong message to the Human Rights Council, especially after Saturday's attacks, is "to fulfill its duty and act."

"Despite mounting crimes by all parties to the conflict, we have yet to see the results of any credible investigations," the secretary-general said. "Excuses ring hollow given the pattern of violence throughout the conflict. Parties cannot hide behind the fog of this war."

Since the Saudi-led, US-backed coalition started launching airstrikes against Houthis in March 2015, at least 4,125 civilians have been killed and over 7,200 wounded in Yemen, Zeid's office said in a statement, including 369 civilian casualties this month alone.

Zeid expressed concerns that an escalation of hostilities could follow Saturday's attack, saying "the international community has a legal and moral duty to react robustly to the increasingly horrific levels of civilian casualties in Yemen, just as it has in many other situations."

Ahmed expressed regret that the funeral hall airstrikes took place "at a moment when important progress was obtained in the peace process ... and especially at a moment when we were negotiating a long-term agreement including all concerned parties."

He called on the parties to reduce tensions, saying "everything should be done to bring to justice the authors of this attack as soon as possible."

Ayrault said it's urgent to resume negotiations and called the peace plan "a good political start."

Tags: Ban Ki-Moon Yemen Saudi
Short Link rasanews.ir/201mML
Share
0
Please type in your comments in English.
The comments that contain insults or libel to individuals, ethnicities, or contradictions with the laws of the country and religious teachings will not be disclosed