Rasa - Israeli forces have abducted at least 52 Palestinians in separate raids across the occupied West Bank in 24 hours, after a drive-by shooting in Jerusalem al-Quds left two Israelis dead. 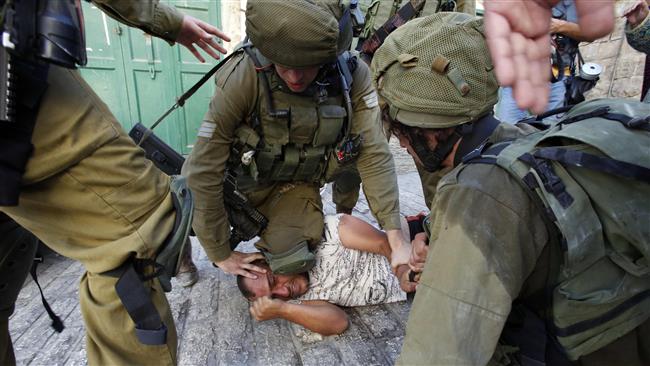 RNA - According to reports, Israeli forces raided several towns across different parts of the occupied West Bank and Jerusalem al-Quds on Sunday night and early morning on Monday.

Israeli authorities say the captives were trying to participate in ceremonies to remember the assailant who was shot dead by Israeli forces.

The Palestinian Prisoner’s Society (PPS) in a statement on Monday confirmed that Israeli forces had nabbed dozens of Palestinians including the 14-year-old daughter and the father of Misbah Abu Sbeih, the man who was shot dead by Israeli forces after he allegedly launched a shooting spree near a police headquarters in occupied Jerusalem al-Quds’ neighborhood of Sheikh Jarrah on Sunday.

Israeli forces also clashed with dozens of youths who hurled stones and empty bottles at military vehicles during the multiple raids.

In recent months, Israeli forces have frequently raided the houses of Palestinians in the West Bank, detaining dozens of people, who are then transferred to Israeli prisons, where they are kept without any charges.

According to the Palestinian prisoners’ rights group Addameer, there are currently 7,000 Palestinians held at Israeli jails and detention facilities, seven lawmakers being among them. Three Palestinian Legislative Council members are in “administrative detention.”

The so-called administrative detention is a sort of imprisonment without trial or charge that allows Israel to incarcerate Palestinians for periods of up to six months, which can be renewed an infinite number of times.

Some prisoners have been held in administrative detention for up to eleven years.

Palestinian inmates regularly hold hunger strikes in protest at both the administrative detention policy and their harsh prison conditions.

Reports said Palestinians jailed in Israeli jails have been subjected to different types of torture by Israeli officials during detention and interrogation.

The developments come at a time of heightened tensions between Israeli forces and Palestinian protesters.

In recent months, the Tel Aviv regime forces have shot dead a large number of Palestinians after accusing them of carrying out attacks against Israelis across the occupied territories.

Tags: Israel Palestine
Short Link rasanews.ir/201mMA
Share
0
Please type in your comments in English.
The comments that contain insults or libel to individuals, ethnicities, or contradictions with the laws of the country and religious teachings will not be disclosed