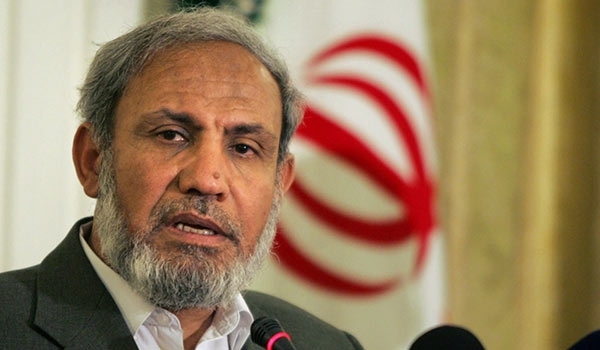 RNA - "Relations with Iran are acceptable but they should further enhance and develop," al-Zahar told FNA on Monday.

Elsewhere, he referred to Israel's recent aggression against the Gaza Strip, and said, "If the regime is after a new war against the region, (it should know that) the Palestinian resistance, more than what they imagine, is ready to enter a real battle and the Zionists have understood this reality well."

In relevant remarks in March, al-Zahar underlined that the Palestinian resistance movement is determined to continue its good relations with Iran.

"The movement is trying to improve its relations with Iran," the Arabic-language Al-Arabi TV quoted Al-Zahar as saying.

"Hamas is looking for the expansion of mutual cooperation with Arab and Muslims states as well as those interested in the Palestinian cause across the world, including Iran," Palestine Online news website quoted Hamdan who is in charge of Hamas foreign relations as saying.

Tags: Al-Zahar Hamas Iran
Short Link rasanews.ir/201mM5
Share
0
Please type in your comments in English.
The comments that contain insults or libel to individuals, ethnicities, or contradictions with the laws of the country and religious teachings will not be disclosed