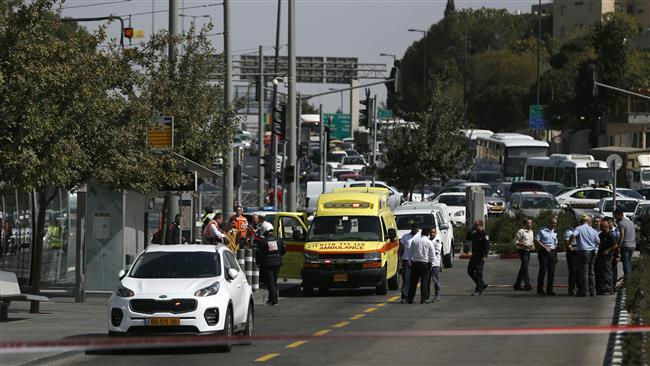 RNA - According to media reports, the shootings took place on Sunday near the Israeli police headquarters close to the line dividing East Jerusalem al-Quds and the western sector of the occupied city.

Israeli media said that the attacker fired at Israeli forces after approaching the headquarters in a car.

Two Israelis reportedly died and several others were injured in the attack.

Israeli police said the alleged attacker fled, but was pursued and shot dead by police.

The incident comes at a time of heightened tensions between Israeli forces and Palestinian protesters.

In recent months, the Tel Aviv regime forces have shot dead a large number of Palestinians after accusing them of carrying out attacks against Israelis across the occupied territories.

Tags: Israel Jerusalem al-Quds
Short Link rasanews.ir/201mLh
Share
0
Please type in your comments in English.
The comments that contain insults or libel to individuals, ethnicities, or contradictions with the laws of the country and religious teachings will not be disclosed