Rasa - Israeli forces have destroyed 22 structures belonging to four Palestinian families in the northeast of the occupied West Bank. 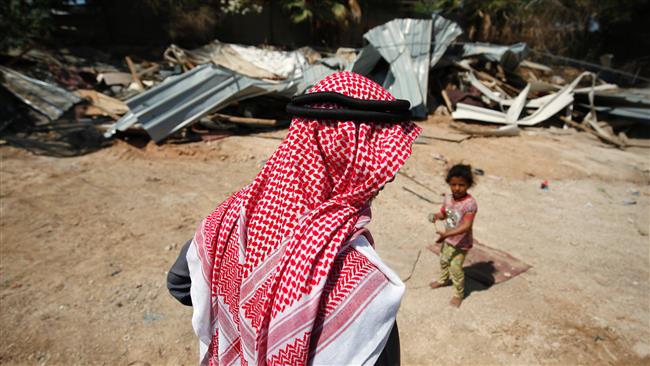 The Israelis also destroyed a water pipeline in the area.

The village is situated in the Area C of the West Bank, which is the largest division in the occupied territory as it comprises 60 percent of the land and is under full Israeli military control.

Confrontations also erupted between Palestinian youths and Israeli forces in the nearby city of Jenin last night, which dragged into the morning. It was not immediately clear why the confrontations began.

Separately, Israeli troops arrested 16 Palestinian youths and a recently-released detainee in attacks on Palestinian houses across the occupied territory.

The Israeli forces targeted the Palestinians with teargas canisters, rubber bullets, and sound bombs during the clashes.

In a separate clash, fifty two Palestinians suffered from breathing problems in clashes with Israeli forces, who attacked the al-Quds University’s campus in the occupied Jerusalem al-Quds on Saturday.

In a war in 1967, Israel captured the West Bank and East al-Quds. Since then, Tel Aviv has continued to expand its illegal settlements there. The issue has become a major obstacle for the efforts to establish peace in the Middle East.

Also on Sunday, Al-Aqsa TV reported that a Palestinian was killed by Israeli forces after he allegedly opened fire on an Israeli bus in Jerusalem al-Quds.

Seven occupants of the bus suffered injuries. Israeli media claimed some of the wounded were in critical conditions.

Tags: Israel Palestine
Short Link rasanews.ir/201mLe
Share
0
Please type in your comments in English.
The comments that contain insults or libel to individuals, ethnicities, or contradictions with the laws of the country and religious teachings will not be disclosed