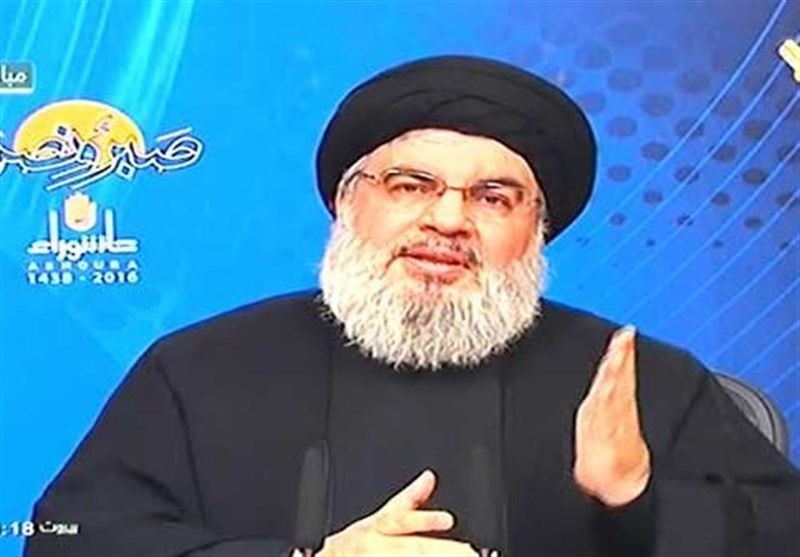 RNA – In a televised speech on Saturday evening, the secretary-general of the Lebanese Hezbollah resistance movement, Sayyid Hasan Nasrallah said it was “normal and expected” for Saudi Arabia to carry out this attack, as it has committed “massacres” in the Arabian Peninsula and neighbouring countries.

“We must condemn in the loudest voice this massacre committed today... I tell this (Yemeni) nation they will inevitably be victorious and their blood will win over the sword of the killer and terrorist,” he said, the Daily Star reported.

Warplanes of the Saudi-led coalition targeted a crowded funeral ceremony in Sana’a and killed at least 100 people on Saturday.

At least nine airstrikes were conducted by Saudi jets on Khamis street in southern Sana’a. The building where the event was underway was seriously damaged in the attacks.

Over 525 people have reportedly been injured but the number of casualties is highly likely to rise.

The funeral was for the father of Jalal al-Ruwayshan, the interior minister in the Yemeni government.

Since March 2015, Saudi Arabia and some of its Arab allies have been launching deadly airstrikes against the Houthi Ansarullah movement in an attempt to restore power to the fugitive former President Abd-Rabbuh Mansour Hadi, a close ally of Riyadh.

According to the UN, over 10,000 Yemenis, including 4,000 women and children, have lost their lives in the deadly military campaign.