War Could Spread to Persian Gulf by ISIL Sponsors

Rasa - Lieutenant Commander of the Islamic Revolution Guards Corps (IRGC) Navy General Alireza Tangsiri said if it hadn't been for Iran's power and self-restraint, ISIL supporters would have already spread the war in the region to the Persian Gulf. 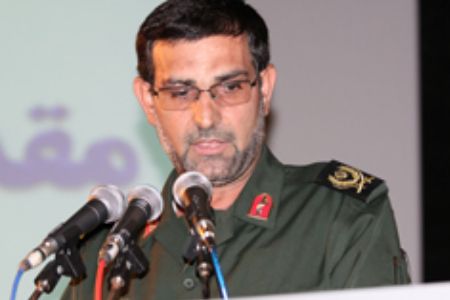 RAN - "The ISIL supporters, headed by the Zionists, have tried even through political suicide and self-destruction of their reputation to spread insecurity and their crimes to the Persian Gulf region and the Strait of Hormuz but this conspiracy has been foiled so far by the Islamic Republic of Iran's wisdom, tact and self-restraint," General Tangsiri said, addressing a forum in the Southern port city of Bandar Abbas on Saturday.

Expressing regret that the enemy is using the unawareness and inexperience of certain regional rulers to implement its scenarios in the Persian Gulf and the Sea of Oman, he said that the ISIL supporters would spread the war to the Persian Gulf, if Iran didn’t confront their move powerfully, wisely and with self-restraint.

In relevant remarks last month, Secretary of Iran's Supreme National Security Council (SNSC) Ali Shamkhani blasted the western countries for continuing their supports for the terrorist groups in the region, blaming them for the spread of terrorism.

"The measures taken by the West to counter the true Islamic teachings are to blame for the spread of terrorism throughout the world," Shamkhani said.

He went on to say that the West’s historic mistakes, namely the use of terrorism as a means and support for deviant ideologies to counter the genuine and revolutionary Islamic ideology as well as double standard policies in the fight against terrorism, have led to the perilous status quo.

Tags: Alireza Tangsiri Iran Persian Gulf ISIL
Short Link rasanews.ir/201mLS
Share
0
Please type in your comments in English.
The comments that contain insults or libel to individuals, ethnicities, or contradictions with the laws of the country and religious teachings will not be disclosed