Rasa - Yemen is a country in chaos, and one Democratic member of Congress thinks a prominent US president Barack Obama administration's official is to blame. 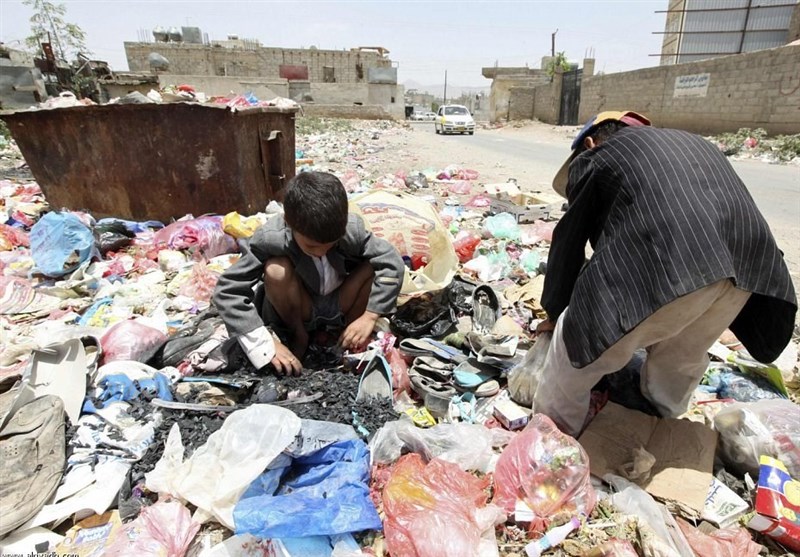 RNA - "The war in Yemen and the magnitude of atrocities [have been] occurring under US Secretary of State John Kerry," Rep. Ted Lieu of California said on Friday.

Many Americans may have little knowledge of war-torn Yemen, but the situation in the small, impoverished nation on the Arabian Peninsula is severe: Food shortages are rampant, violence can be grotesque, and some have questioned the degree to which the US might be complicit in the crisis.

At least 10,000 people have perished in the conflict in which the US has supported a Saudi-backed coalition, to which it provides targeting information for airstrikes as well as fuel for the kingdom's planes.

The Saudis have drawn condemnation for their conduct in prosecuting the war, especially for the indiscriminate use of destructive cluster bombs and the targeting of hospitals and schools, as well as the killing of civilians, children, doctors and even newlyweds.

"You now have a Saudi Arabian-led coalition that has conducted a massive number of strikes on civilians nowhere near military targets," Lieu says. "Leadership means you don't support coalitions that are committing massive atrocities."

Kerry hasn't publicly spoken about Yemen since August remarks in Saudi Arabia with that country's foreign minister in which he announced a new initiative to end the fighting. He defended Saudi Arabia, saying the country is "front and center in wanting to find a real solution, a political solution to this conflict."

"The bloodshed, I think most would agree, has simply gone on for too long. It has to stop," he said, US News website reported.

Kerry left little room to question who he holds responsible when speaking with MSNBC earlier this year, placing the blame firmly on Houthis.
"There have been a lot of civilian casualties, and clearly civilian casualties are a concern," Kerry said, adding that the Houthis "have a pretty good, practiced way of putting civilians into danger."

But while Syria, along with Iraq and Afghanistan are regularly mentioned in talking points from politicians on both sides of the aisle, Yemen less often is. Lieu is hoping to change that, even if he has to go it largely alone.

Last month he wrote a letter to US Ambassador to the UN Samantha Power asking for an international investigation into Saudi Arabia's efforts in the war. He also wants the US to stop aiding the country as long as it continues to commit, in Lieu's words, likely "war crimes."

"It's obvious, I believe, to anyone looking at this issue that Saudi Arabia cannot fairly and independently investigate itself on atrocities in Yemen," Lieu says.

Lieu, a colonel in the Air Force Reserves and a lawyer with the judge advocate general, has legal concerns about Saudi actions as well.

"It is very clear to me they were violating the law," he says.

That lack of knowledge on the part of many Americans may be part of the problem, he thinks. An international, independent investigation could change that.

"I think that it's critical that an independent investigation go forward in Yemen," he says.

Lieu hopes more people, including those in Congress, start paying attention. And recent developments suggest that more lawmakers are questioning the benefit of the US-Saudi alliance.

Congress last week voted to override President Barack Obama's veto of the Justice Against Sponsors of Terrorism Act, which now allows 9/11 families to sue the Saudi government. A bipartisan group of senators also recently worked to prevent the proposed sale of more than $1 billion in weapons from the US to Saudi Arabia.

The congressman wants his letter to further such efforts. That's why he has also sponsored bipartisan legislation in the House to stop future weapons sales to Saudi Arabia.

"There is overwhelming evidence that the Saudi-led coalition in Yemen is bombing innocent civilians," he said when he introduced the bill. "When hospitals and schools become military targets, this is cause for serious concern, not just for our national security but also for our moral standing around the world."

Tags: Yemen Saudi
Short Link rasanews.ir/201mLL
Share
0
Please type in your comments in English.
The comments that contain insults or libel to individuals, ethnicities, or contradictions with the laws of the country and religious teachings will not be disclosed