US Fails to Change Aleppo War Outcome in Terrorists' Favor

Rasa - Senior Advisor to the Iranian Parliament Speaker Hossein Amir Abdollahian underlined that the Syrian army victories in the war against terrorists in Aleppo have disrupted the US' plans to provide further support for the militants. 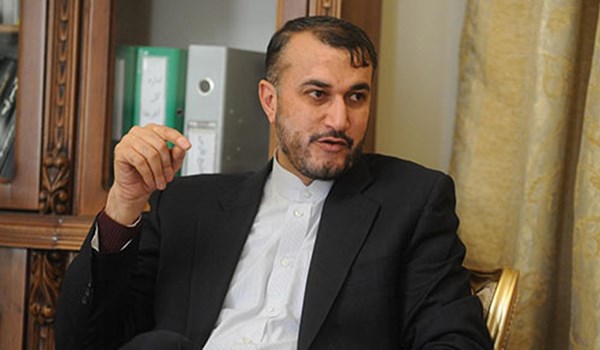 RNA - "The US has not been able to handle its war game in Aleppo in favor of the terrorists," Amir Abdollahian told reporters on Friday.

He reiterated that the Syrian army and nation will not allow the terrorists to remain in Syria.

He warned against the serious the risk of disintegration of the regional countries, and said that the ISIL is a protégé of the US and Israel to target the axis of Resistance, but not Israel.

Russia has been sending tons of humanitarian aid to Aleppo and helped open several humanitarian corridors for civilians to be able to flee the city and the fighting.

The deputy minister noted that the issue would be discussed at the upcoming meeting between Iranian President Hassan Rouhani and his Russian counterpart Vladimir Putin in Baku. "There are no limits when it comes to discussions between the two leaders," he said.

Syria has been mired in civil war since 2011, with government forces loyal to President Bashar Assad fighting numerous opposition factions and extremist groups.

Tags: US Parliament
Short Link rasanews.ir/201mLC
Share
0
Please type in your comments in English.
The comments that contain insults or libel to individuals, ethnicities, or contradictions with the laws of the country and religious teachings will not be disclosed