US military brushes off Russia's warning on Syria

Rasa - The US military has brushed off Russia’s warning not to strike Syrian government targets, saying Washington will continue to carry out its current operations in Syria Daesh (ISIL) terrorists. 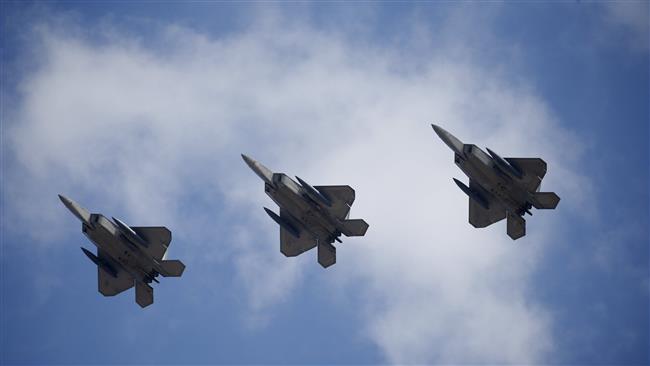 RNA - "We'll continue to conduct our operations as we have for months now over Syria, and we'll continue to do so taking every possible step we need to ensure the safety of our air crews," Pentagon spokesman Peter Cook told reporters on Thursday.

The official made the comments after a Russian military spokesman warned America against conducting airstrikes on Syrian military positions, noting that its S-300 and S-400 air defense systems in Syria are active.

"I would recommend our colleagues in Washington to carefully weigh possible consequences of the fulfillment of such plans," Russian Defense Ministry spokesman Maj. Gen. Igor Konashenkov said Thursday.

Konashenkov also warned that American airstrikes could endanger the lives of Russian military personnel on the ground in Syria, and that it has taken measures to protect those forces.

Cook ignored that warning as well, saying the channel of communication has so far been quite effective in deconfliction of American and Russian operations.

"It's been an effective means of communication to avoid misunderstanding and miscalculation. And we will continue to employ that line of communication in an appropriate fashion. We would encourage the Russians to do the same," he said.

The Russian Defense Ministry announced on Tuesday that it had deployed the S-300 surface-to-air missile defense system to Syria to defend Russia's naval base in the city of Tartus and its ships in the coastal area.

Last November, Russia deployed its newest S-400 missile system to Hmeimim Air Base in Syria following the downing of a Russian jet by Turkey in Syria.

Russia has been supporting the Syrian government in its campaign to take back Aleppo from the terrorists.

Syrian government forces, backed by the Russian air campaign, have managed to gain more ground against foreign-sponsored militants in the strategic northwestern city.

Tags: US Syria Russia
Short Link rasanews.ir/201mL7
Share
0
Please type in your comments in English.
The comments that contain insults or libel to individuals, ethnicities, or contradictions with the laws of the country and religious teachings will not be disclosed