Rasa - The European Union has denounced the Israel regime over its decision to construct nearly 100 new settler units in the northern part of the occupied West Bank, stating that the move kills off the prospects for peace. 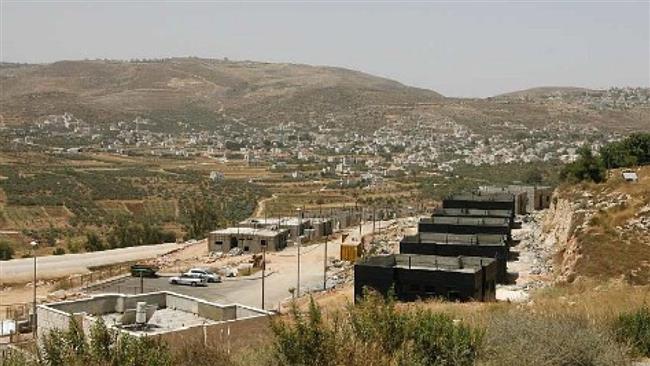 RNA - The European Union External Action Service, in a statement published on Friday, announced that Israeli officials had reneged on public statements not to erect new settlements, terming as “effectively a new settlement” the plan for 98 new settler units in the illegal Shilo settlement, located 45 kilometers (28 miles) north of Jerusalem al-Quds.

The Israeli Civil Administration’s Planning Authority approved the plan to build the new units on September 27.

“The decision to continue settlement building and expansion... weakens rather than strengthens the prospects for a two-state solution to the Middle East peace process, and makes the possibility of a viable Palestinian state more remote,” the EU diplomatic service’s statement read.

On Wednesday, US State Department’s deputy spokesman, Mark Toner, castigated the Israeli regime for its plan to create a new illegal settlement on the West Bank, criticizing the move as “deeply troubling” that would seriously undermine the prospects for a solution to the Israeli-Palestinian conflict.

The harsh words came three weeks after Israel signed a lucrative military aid package with the United States to bolster its military capabilities.

Last month, Israel’s Central Bureau of Statistics revealed that the Tel Aviv regime has expanded its settlement activities in the occupied Palestinian territories during the presidency of US President Barack Obama.

According to the figures released by the agency, over 12,288 new settlement units were launched during Obama’s term from 2009 up to June 30 this year. Work on 1,195 settlement units began in the first half of 2016 alone.

Israel’s settlement expansion has been among the main reasons behind the collapse of the last round of the so-called Middle East peace talks in 2014.

Tags: Israel EU
Short Link rasanews.ir/201mKz
Share
0
Please type in your comments in English.
The comments that contain insults or libel to individuals, ethnicities, or contradictions with the laws of the country and religious teachings will not be disclosed