I insulted women 'for the purpose of entertainment': Trump

Rasa - US Republican presidential nominee Donald Trump says many of his past remarks against women were made “for the purpose of entertainment.” 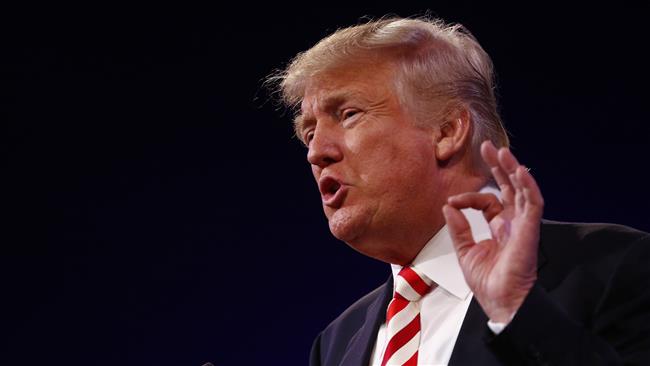 RNA - The billionaire businessman from New York has been under attack over his disparaging comments on immigrants, Muslims, and women. On Wednesday, he was asked in an interview if he could understand why parents of young girls are not comfortable about his history of making crude remarks.

"A lot of that was done for the purpose of entertainment, there's nobody that has more respect for women than I do," Trump said in response.

"Are you trying to tone it down now?" the host asked the billionaire politician.

"It's not a question of trying, it's very easy," Trump said.

In recent weeks, Trump’s Democratic rival, Hillary Clinton, has increased her attacks on the real estate tycoon because of his behavior toward women.

During the first presidential debate last week, Clinton slammed Trump for his remarks about a former Miss Universe, whom he had ridiculed for gaining weight in 1996.

Trump’s campaign has been marred by his insulting remarks against minorities in the US. His comments include a call to ban all Muslims from coming to America as well as forced deportation of Mexican migrants by building a long wall along the US-Mexico border.

He has also sought for a database to track Muslims across the United States and said that the US would have "absolutely no choice" but to close down mosques.

Meanwhile, Clinton has emerged from the first presidential debate with a good lead over Trump in the race for the White House.

According to the results of the Fairleigh Dickinson University survey released Wednesday, the former secretary of state has 50 points and the New York billionaire 40 percent among likely voters.

The poll comes days after the first presidential debate between the two candidates on September 26, which became the most-watched presidential face-off in the history of US elections.

During the fiery face-off, Clinton accused Trump of racism, sexism and tax avoidance, putting him on the defensive for much of the 90-minute debate at Hofstra University in Hempstead, New York.

Many observers now say Trump must win at the second presidential debate on Sunday if he is to regain the momentum in the race.

Tags: US Trump
Short Link rasanews.ir/201mKl
Share
0
Please type in your comments in English.
The comments that contain insults or libel to individuals, ethnicities, or contradictions with the laws of the country and religious teachings will not be disclosed