Rasa - Pakistan’s parliament has passed legislation which hands down life sentences to those behind the so-called honor killings even if they obtain the pardon of the victim’s relatives. 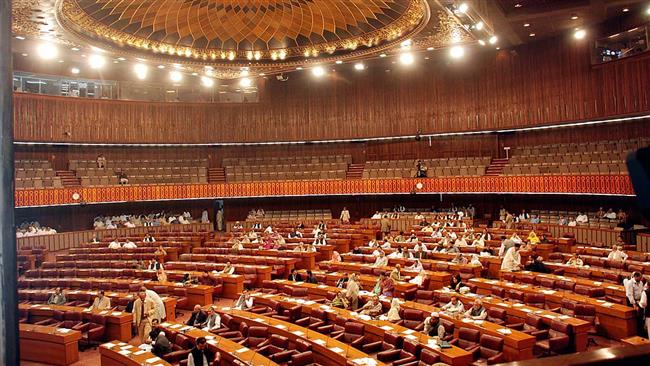 RNA - Pakistan’s National Assembly on Thursday passed the legislation, which allows more amendments to the law on crime and prevents killers from going free.

The bill published on the Assembly’s website said the action was “essential in order to prevent these crimes from being repeatedly committed,” adding that honor killings “claim the lives of hundreds of victims every year.”

Campaigners and politicians had for long sought an end to the violent cycle of honor killings, in which the victim, normally a woman, is killed by a relative. The perpetrators often walk free because they can seek forgiveness from another family member.

Under a previous amendment pertaining to honor killing which was passed in 2005, men who killed female relatives were prevented from pardoning themselves as an “heir” of the victim. But a main loophole remained which allowed the judge to release the killer when other relatives of the victim forgave him.

Meanwhile, senior opposition lawmaker Farhatullah Babar challenged the legislation, saying the bill passed in the Assembly mandated judges to sentence someone who kills in the name of “honor” to life imprisonment, even if they have been forgiven.

According to the previous law, circumstantial evidence was needed to convict perpetrators while verdicts did not rely on forensic testing.

Tags: life sentence honor killing Pakistan
Short Link rasanews.ir/201mKk
Share
0
Please type in your comments in English.
The comments that contain insults or libel to individuals, ethnicities, or contradictions with the laws of the country and religious teachings will not be disclosed